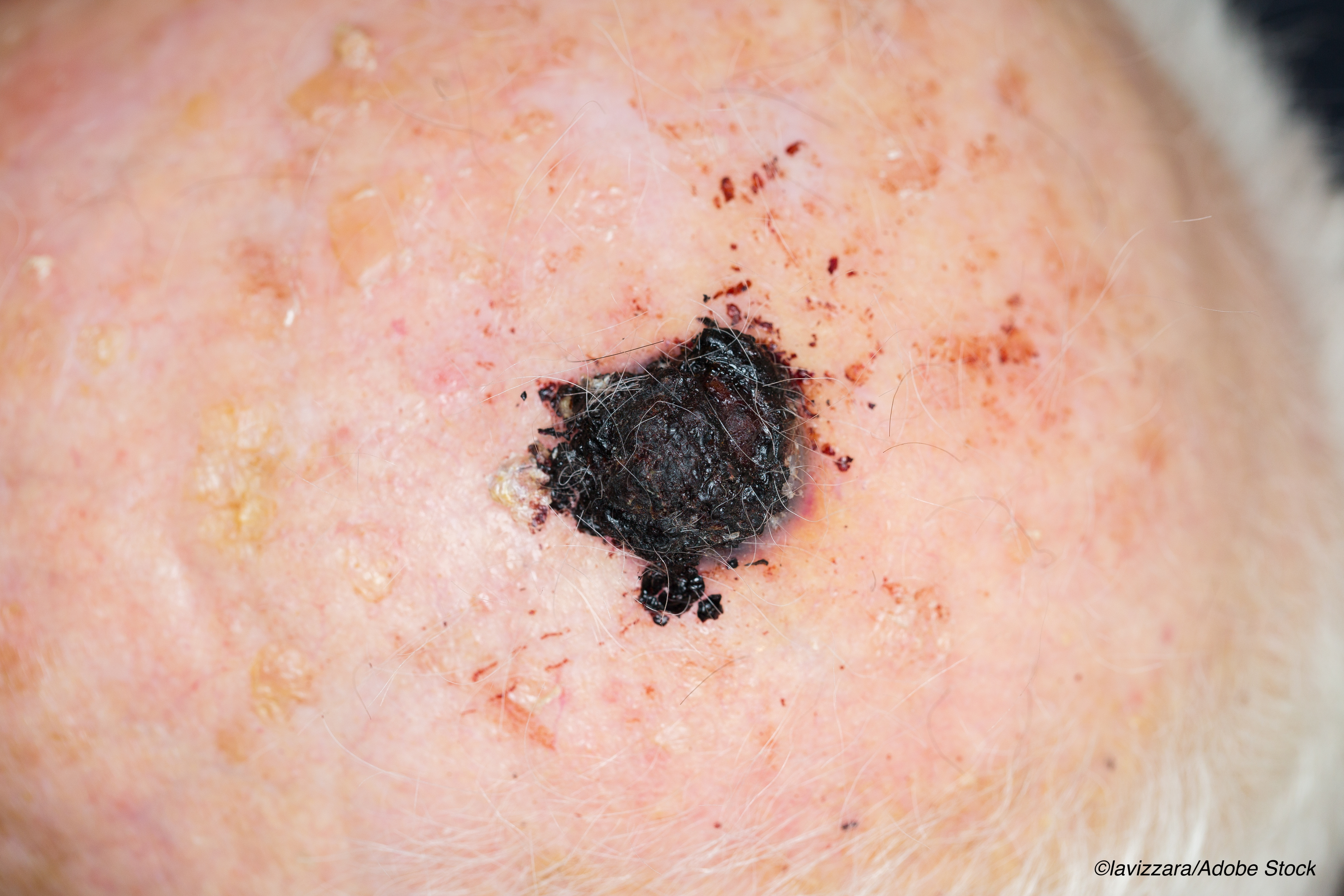 Routine skin-check detection of invasive melanoma was associated with a lower all-cause mortality rate—but not melanoma-specific mortality—compared to patient-detected melanomas, an Australian study done has shown.

“In this population-based prospective cohort study with a mean 11.9 years follow-up, we found that melanomas discovered in asymptomatic individuals through routine skin checks were thinner, less likely to have been noted to exhibit recent change, and associated with lower all-cause mortality than thicker lesions discovered initially by patients, Caroline Watts, PhD, University of New South Wales, Sydney, Australia, and colleagues reported in JAMA Dermatology.

However, the reduction in melanoma-specific mortality was attenuated to a non-significant 32% lower when the model was adjusted for mitotic rate and ulceration, as the authors noted—suggesting that the association was partly explained by patient, sociodemographic and clinicopathologic prognostic factors associated with routine skin-check detection, as the authors suggested.

After adjusting for the same prognostic factors, the risk of all-cause mortality was 25% lower (95% CI, 0.60-0.89; P=0.006) after a mean follow-up of 11.9 years when detected by routine skin checks compared with patient-detected melanomas.

“Apart from Germany, no country has an organized population-based melanoma screening program because of insufficient evidence that screening reduced melanoma mortality, uncertainty about possible harms, such as overdiagnosis and unnecessary biopsy and limited evidence for cost-effectiveness,” Watts and colleagues wrote.

“[Now, a] large randomized clinical trial is needed to provide definitive evidence that screening for skin cancer reduces melanoma-specific and all-cause mortality among people invited (versus not invited) to screen,” the authors suggested.

The Melanoma Patterns of Care Study cohort included patients with primary in situ or invasive melanoma in New South Wales, Australia who had been reported to the NSW Cancer Registry between October 2006 and October 2007.

“The treating physician at diagnosis was asked to complete a questionnaire about the patient’s risk factors, diagnosis, and treatment,” the investigators noted. Slightly over one-third at 35% had their melanoma detected during a routine skin-check while almost half at 47% detected their melanoma themselves. The remaining patients had their melanoma discovered incidentally when checking other skin lesions.

However, there were some differences in how frequently patients had their melanoma detected during a routine skin-check depending on sex age and other clinical features:

In contrast, a family history of melanoma and socioeconomic status were not significantly associated with melanoma detection, the authors pointed out.

As the authors pointed out, the prevalence of clinical skin checks done opportunistically in Australia is relatively high, with some 37% of Australians between 45 and 59 years of age reporting having a whole-body skin check in the previous 12 months on a national survey done between 2016 and 2017.

“This might be due to Australia’s high melanoma incidence rates and widespread skin cancer prevention and awareness campaigns,” they suggested. Thus, results from the study may be less generalizable to countries with a lower skin cancer incidence.

Commenting on the findings, Allan Halpern, MD, and Michael Marchetti, MD, both from the Memorial Sloan-Kettering Cancer Center in New York, affirmed that early detection and excision of curable melanomas remain an important strategy for preventing deaths. Nevertheless, they agree with the authors that nothing short of a randomized trial is able to fully control for confounders and other sources of bias.

As the authors pointed out, their multivariate adjustments for confounders runs the risk of underestimating the association of routine skin checks and mortality risk.

However, “their inability to distinguish interval melanomas in patients undergoing routine skin checks from incidental or self-detected melanomas may have resulted in an overestimation of the association,” the editorialists cautioned and pointed out that the authors could also not account for the self-selection bias inherent in studies of this nature where healthy people tend to preferentially attend screening programs.

“What it is unable to confirm is that screening with routine skin checks saves lives,” they emphasized.

However, the editorialists did acknowledge that the study confirmed that even in a population that has been targeted with a great deal of public education, clinical examination can help detect melanoma, especially in patients with many moles and in anatomic sites that are not easily self-assessed.

“This finding underscores our responsibility as clinicians to use the best available data to inform our daily practice around promoting routine skin checks,” they wrote.

Watts had no conflicts of interest to declare.

Halpern reported receiving personal fees from Canfield Scientific, SciBase, and Lloyd Charitable Trust and having an equity position with HCW Health and Skip Derm. Marchetti had no conflicts of interest to declare.