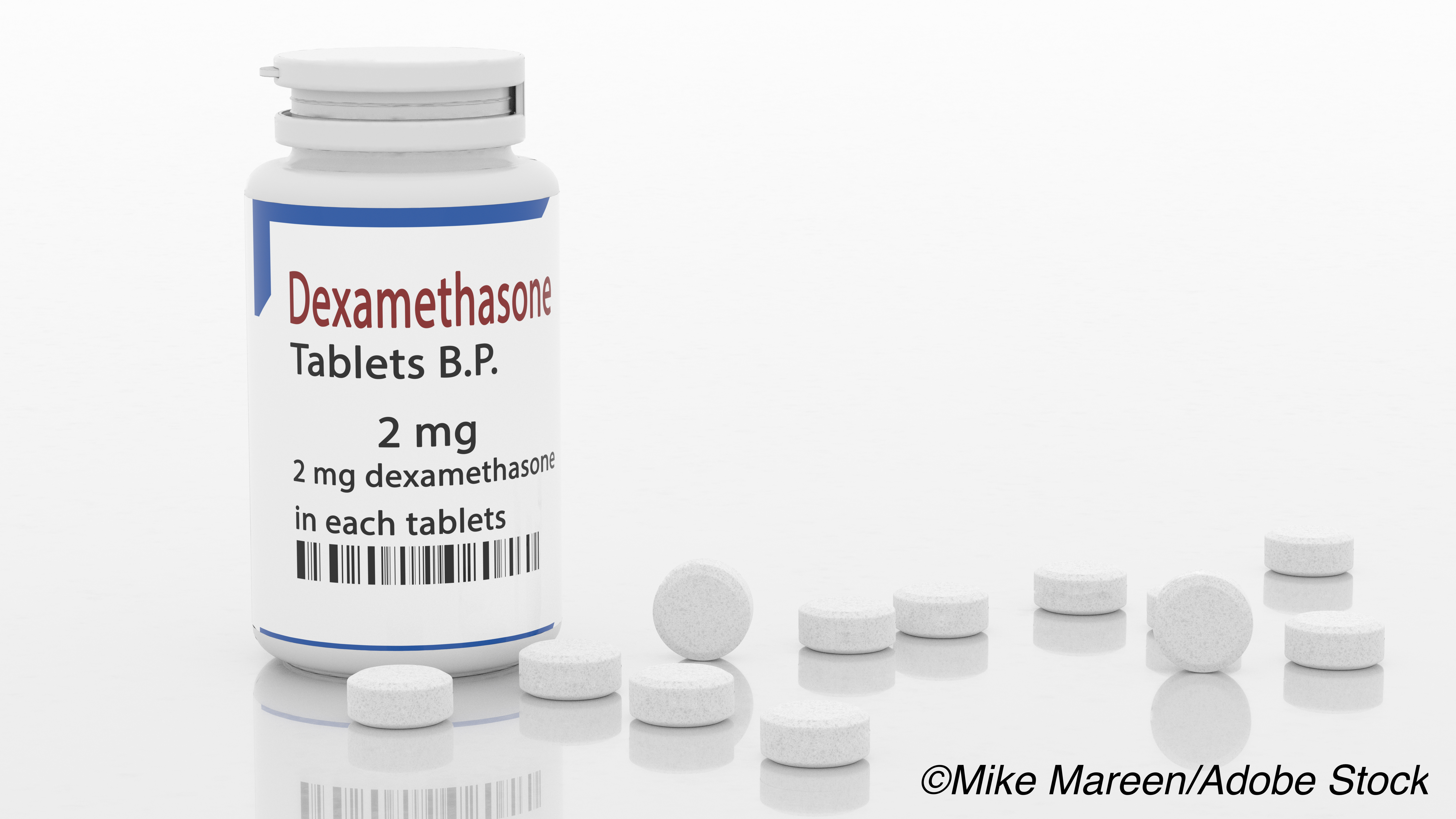 A course of oral corticosteroid bursts was tied to a higher risk for multiple adverse events (AEs), including heart failure (HF), according to researchers in Taiwan.

In a population-based, retrospective study of more than 2 million adults, a short course of steroids for ≤14 days led to 1.8- to 2.4-fold increased risk for gastrointestinal (GI) bleeding, sepsis, and HF within the first month after initiation of therapy, reported Tsung-Chieh Yao, MD, PhD, of the Chang Gung Memorial Hospital in Taoyuan, and co-authors.

The researchers noted that significant increases were seen within 31 to 90 days after initiation of steroid bursts, although the increases were smaller than in the period of 5 to 30 days.

“Physicians who consider prescribing steroid bursts should weigh the beneﬁts against the risks for rare but potentially serious adverse events,” they stated.

The findings come at a particularly interesting time: Dexamethasone is currently being tested as a possible treatment for Covid-19, most notably in a U.K. trial. The NIH recommends 6 mg/day of corticosteroid for up to 10 days in Covid-19 patients who are on mechanical ventilation, but do not require supplemental oxygen.

In an editorial accompanying the study, Beth I. Wallace, MD, MSc, and Akbar K. Waljee, MD, MSc, both of the Institute for Healthcare Policy and Innovation at Michigan Medicine in Ann Arbor, acknowledged that “Medication-related risks for AEs can…be outweighed by major treatment beneﬁt,” particularly in those with rheumatic diseases and disorders.

Additionally, prescribing clinicians may well believe that such treatment bursts are “harmless…However, this study [shows] that corticosteroid bursts are frequently prescribed for self-limited conditions, where evidence of beneﬁt is lacking,” they wrote.

“As we reflect on how to respond to these findings, it is useful to note the many parallels between use of corticosteroid bursts and that of other short-term medications, such as antibiotics and opiates,” stated Wallace and Waljee, citing their own recent research. “All of these treatments have well-defined indications but can cause net harm when used – as they frequently are – when evidence of benefit is low.”

They suggested that a “corticosteroid stewardship” model of targeted interventions wold be helpful to “reduce inappropriate prescribing.” To that end, the American College of Allergy, Asthma, & Immunology and others supported an oral corticosteroids stewardship effort in 2018.

Yao’s group analyzed Taiwan’s National Health Insurance Research Database of medical claims records for patients (ages 20 to 64 years), who had been prescribed oral corticosteroids for no more than 14 days, from January 2013 to December 2015. Out of over 15 million adults, a quarter received at least a one steroid burst.

Eligible study patients could not have a prescription for systemic or topical corticosteroids before 2013, and no diagnosis of the three severe AEs investigated in the study before 2013. This reduced the steroid burst cohort to 2.6 million (mean age 38 years; 55.3% female).

Incidence rates of the severe AEs in steroid burst patients and non-steroid users were calculated as IRRs for severe adverse events within 5 to 30 and 31 to 90 days after initiation of steroid-burst therapy.

“We used a conservative approach and modified the self-controlled case series design to include a washout period so that adverse events within a 4-day window before and after steroid initiation were excluded because they might be caused by other factors,” the authors explained.

Subgroup analyses were done to evaluate the effect of comorbidity by classifying participants into two groups: Charlson Comorbidity Index (CCI) of 0 and CCI >0, and to assess the differential effect of steroid burst prescription by medical specialty.

The authors reported that results were similar between participants with regardless of CCI score. But IRRs were smaller in the group with CCI >0, they stated.

In terms of specialty, 30.8% of dermatologists were most associated with steroid-burst prescriptions, followed by otolaryngologists, and family practice physicians.

Study limitations included lack of data on disease severity and lifestyle factors such as alcohol use, smoking, and body mass index. Also, vulnerable populations outside the study’s age parameters were not included, so the AEs may have been under-reported.

The study was funded by the National Health Research Institutes, the Ministry of Science and Technology of Taiwan, Chang Gung Medical Foundation, and Eunice Kennedy Shriver National Institute of Child Health and Human Development.

Wallace reported support from the NIH. Wallace and Waljee disclosed no relationships relevant to the contents of this paper.

Genetic variability of influenza A virus in pigs at weaning in Midwestern United States swine farms. Smoking cessation programmes for women living in disadvantaged communities, “We Can Quit 2”: A systematic review protocol.