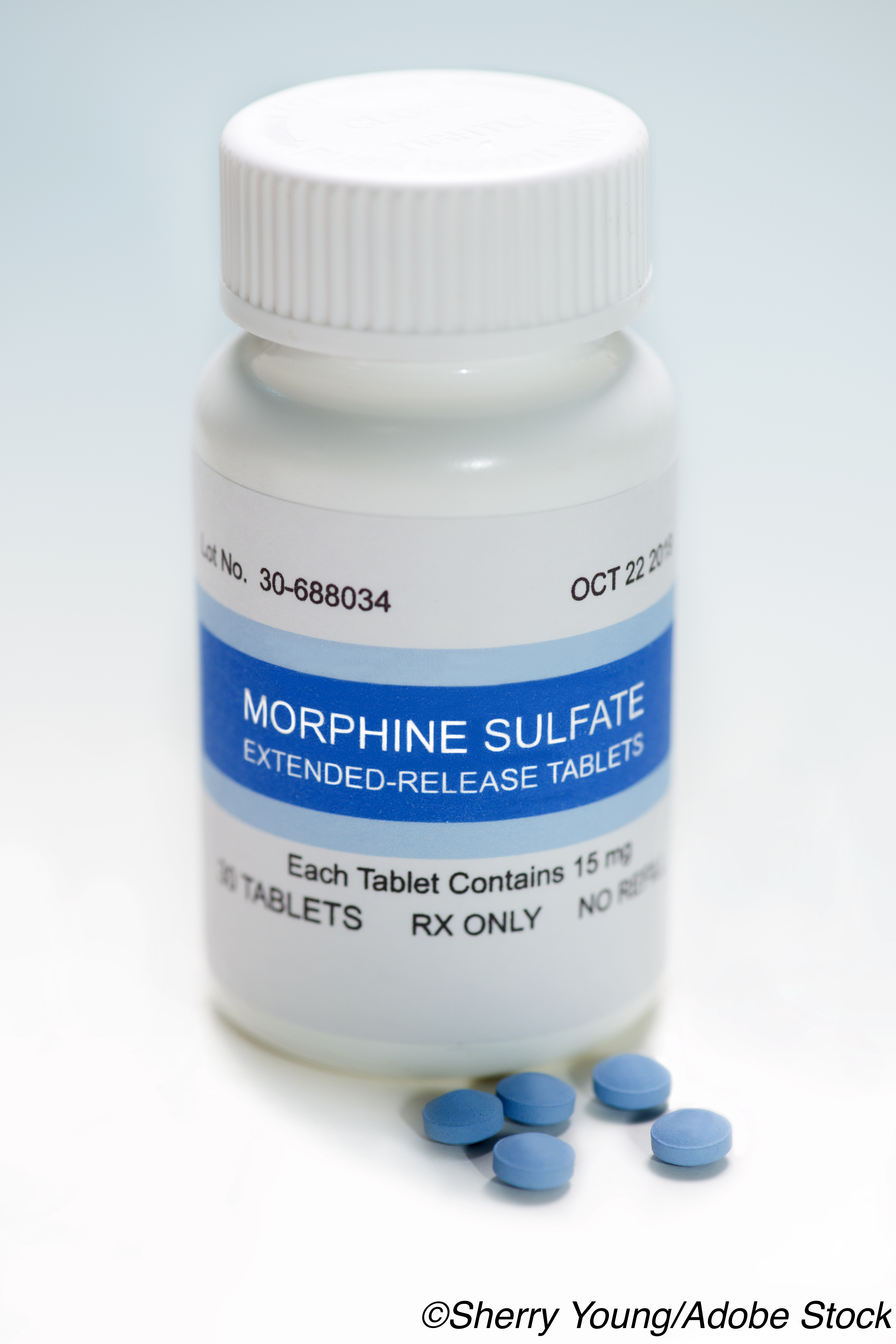 Patients with severest COPD reaped the most benefits, according to results from MORDYC study

In patients with severe COPD, treatment with oral, low-dose, sustained-release morphine for 4 weeks improved health status and breathlessness in those most affected, without negatively affecting arterial partial pressure of carbon dioxide (PaCO2) levels or causing serious adverse effects, according to results from the Morphine for Treatment of Dyspnea in Patients with COPD (MORDYC) study.

“Moreover, physicians remain reluctant to prescribe opioids for breathlessness in COPD for fear of respiratory depression,” they added.

In the randomized, double-blind, placebo-controlled study, Janssen and colleagues sought to assess the effects of regular, low-dose, sustained-release oral morphine on disease specific health status as measured by the COPD Assessment Test (CAT), respiratory outcomes, and breathlessness. They randomized 111 patients with COPD (mean age: 65.4 years; 54% men) who had been recruited from a pulmonary rehabilitation center and two general hospitals.

Patients were randomized to either sustained-release, oral morphine (10 mg BID for 4 weeks) or placebo. They were allowed to increase to TID dosing after 1-2 weeks.

Patients treated with morphine also had PaCO2 measures that were 1.19 mmHg higher (95% CI: −2.79 to 5.07; P=0.55), but this was not statistically significant. The same was true when Janssen et al analyzed patients with mMRC grade 3 to 4.

Moderate-to-severe exacerbation of COPD occurred in 13% of those in the morphine group and in 19% of those in the placebo group (P=0.37). Three hospital admissions occurred (2% and 4%, respectively; P=0.59). There were no morphine-related deaths.

There were no differences in the number of patients who experienced one or more adverse effects — including nausea, vomiting/retching, drowsiness, constipation, and sleeplessness — between the morphine treatment group and placebo (81% vs 70%, respectively; P=0.18). Constipation was the only adverse effect seen significantly more in patients treated with morphine. Researchers noted that this was consistent with other studies.

Finally, more patients treated with morphine withdrew due to adverse effects compared with placebo (9% vs 2%), but there were no hospital admissions or deaths related to treatment with morphine.

Study limitations include its small size and short-term duration. Janssen and colleagues also noted that the standard exercise tests used to assess functional performance may not be appropriate at this stage of COPD. Finally, participant blinding may have been compromised by the non-blinded use of laxatives and onset of adverse effects.

In an editorial published with the story, Eric Widera, MD, of the San Francisco Veterans Affairs Health Care System, San Francisco, CA, noted that the MORDYC trial is the first clinical study of opioids for the management of breathlessness in patients with severe COPD. He added, however, that these results should be interpreted cautiously.

“Although there was a statistically significant difference in health status in favor of morphine, the clinical importance of this finding is less certain,” he wrote. “Although the trial was designed to detect a minimal clinically important difference of 3.8 points in the CAT, the authors found a difference of only 2.18. However, [Janssen] et al concluded that their findings were clinically relevant based on a 2017 study which found that the minimal clinically important difference for the CAT was between 2 and 3 points. It is reasonable to use the most current evidence to help interpret findings; however, lowering the threshold that defines a clinically meaningful difference at the end of the study suggests that the role of opioids on health status is likely small for the population studied.”

In addition, Widera added that these researchers failed to find benefits to secondary outcomes such as functional performance, care dependency, and breathlessness scores, but the latter may have been “a function of broadening the patient population to include those with less severe dyspnea.”

“For patients whose breathlessness remains refractory and severe (mMRC grade 3 or 4), most of the evidence over the last 4 decades has demonstrated that carefully prescribed low-dose opioids can yield a small yet clinically important improvement in breathlessness for individuals with advanced COPD,” Widera concluded.

This study was supported by the Netherlands Organization for Health Research and Development.

Janssen has received person fees from Boehringer, Novartis, and AstraZeneca outside this study.