Small but Real Risk for Shoulder Pain After Flu Vaccination 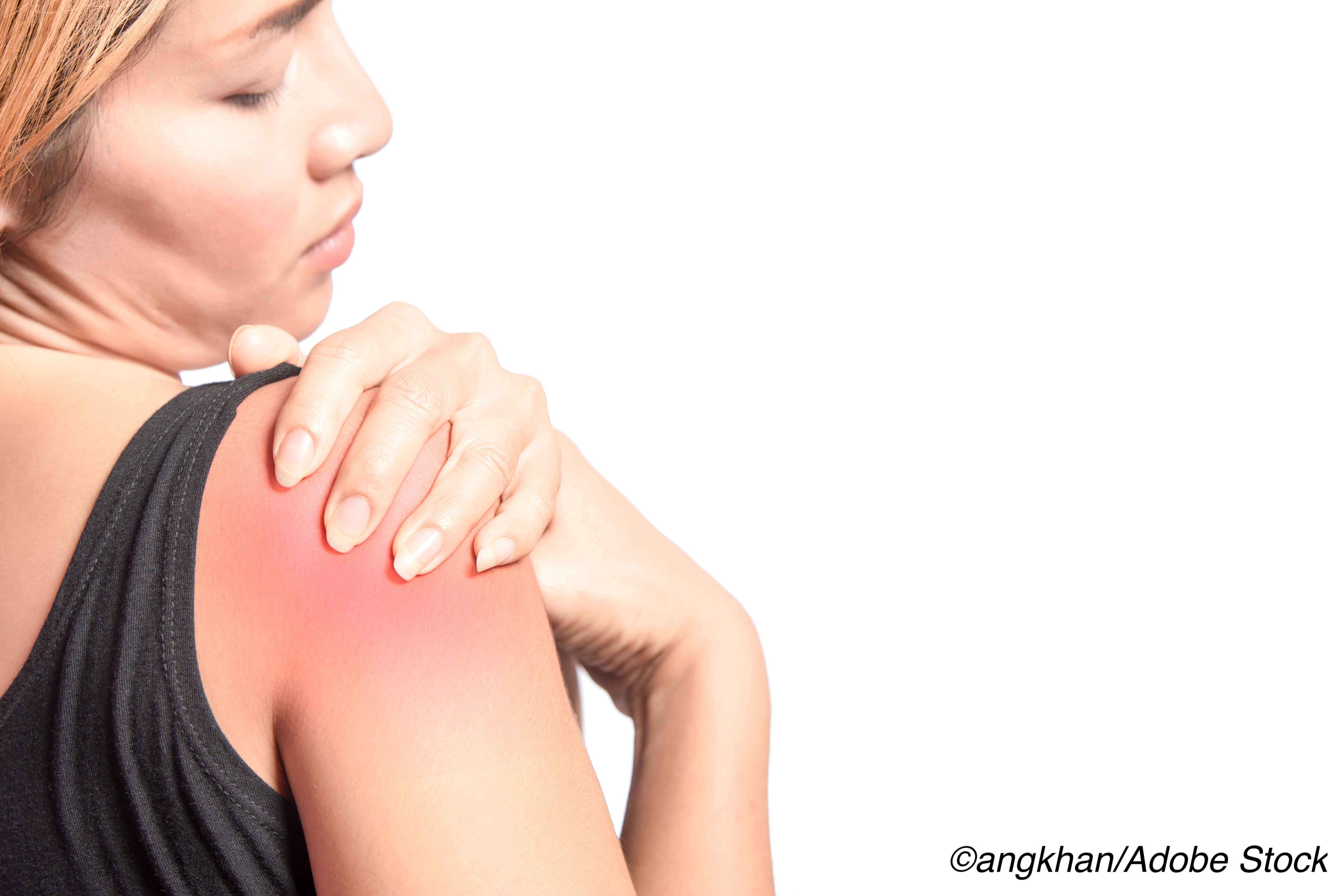 Experience, injection technique may be tied to bursitis side effect

There was an increased risk for subdeltoid bursitis after receipt of the ﬂu vaccine, although the absolute risk for bursitis was still low, CDC researchers reported.

In a retrospective cohort study, about 3 million people who received an inactivated inﬂuenza vaccine during the 2016 to 2017 inﬂuenza season, and among those, there were 16 cases of subdeltoid bursitis symptom-onset in the risk interval (0 to 2 days post-injection) and 51 cases of symptom onset in the control interval (30 to 60 days post-injection), according to Elisabeth M. Hesse, MD, MTM&H, of the CDC in Atlanta, and co-authors.

Such a modest risk “must be weighed against the beneﬁts of vaccination to prevent inﬂuenza infection and its complications. Inﬂuenza infection causes an estimated 9 to 45 million illnesses in the United States annually, with 12,000 to 61,000 deaths,” the authors said.

Concerns about vaccinations and associated subdeltoid bursitis are not uncommon. A 2012 Institute of Medicine (now the National Academy of Medicine) report it as an adverse effect of vaccines, and in another study by Hesse’s group there has been a 20-fold increase in the number of claims to the National Vaccine Injury Compensation Program for shoulder problems after vaccination from 2010 to 2016, Sandra Adamson Fryhofer, MD, of the Emory University School of Medicine in Atlanta, and George W. Fryhofer, MD, MTR, of the University of Pennsylvania in Philadelphia, pointed out in an editorial that accompanied the current study.

They put forward some possible mechanisms of action for this injury, such as needle placement (injection too close to the acromion process) or needle length (injection through the deltoid muscle). Another issue may be the experience and/or educational level of the injection administrator.

“Patients who developed bursitis in the 3 days after vaccination were more likely to have received the vaccine from a medical assistant as opposed to a nurse. Although not studied here, pharmacy-administered vaccines have been similarly implicated in previous reviews of postvaccination shoulder symptoms,” wrote the Fryhofers, who are mother and son.

The Fryhofers suggested that all medical professional could benefit from an “injection technique ’tune up,’ as outlined in the CDC’s General Best Practice Guidelines for Immunization.

Hesse’s group analyzed data from the Vaccine Safety Datalink that contains health encounter information for 10.2 million members of seven U.S. healthcare organizations. The median age of persons in the risk interval was 57.5 and 69% were women. A little over 6% had bursitis symptom-onset after vaccination in the risk interval, while almost 20% had symptom onset in the control interval, and 74% had symptom onset in neither pre-speciﬁed interval, the authors explained. The bursitis cases (n=421) were classiﬁed as deﬁnite (32%), probable (10.5%), or possible (57.5%).

They reported that they “did not observe any differences between cases in the risk interval and those in the control interval by sex, age, body mass index, race/ethnicity, vaccination setting, or laterality of the vaccinated arm.”

In terms of clinical course and treatment of the shoulder pain, four patients with deﬁnite cases in the risk interval, underwent surgical procedures for bursitis, “or mentioned bursitis on surgical reports.” One patient reported successful treatment with a corticosteroid injection.

In 14 risk interval cases without documented resolution of symptoms, the median time to the last visit with persistent shoulder symptoms of 386 days versus 95 days.

Documentation in medical records showed that a dozen case-patients speciﬁcally mentioned the flu vaccine as being the cause of their symptoms. In the risk interval, 56% of 16 case-patients linked their injuries with vaccination, and two of those “voiced speciﬁc concerns about the technique by which the vaccine was administered. One patient expressed that the vaccination was given too high, and the other that it was too deep,” Hesse and co-authors wrote.

“However…we could not assess vaccination technique or the vaccinators’ prior vaccination training or experience, and we cannot conclude from our data that improper technique was a factor in the development of bursitis,” they cautioned.

Other study limitations included the fact that the results cannot be generalized to other intramuscular vaccinations, and the relatively small number of cases, which precluded a multivariate analysis.

The authors suggested that their findings regarding MAs versus nurses called for more assessment, especially given the ongoing COVID-19 pandemic. The Fryhofers noted that the pandemic may prove problematic for the upcoming flu season as vaccination is obviously an in-person process.

They stated that “with the prospect of more drive-thru clinics, an increasing urgency to vaccinate, and the possibility of needing to administer several vaccines — sometimes in nontraditional settings — it is now more important than ever to insist that patients be sure to dress appropriately (either sleeveless or with loose sleeves) to facilitate efﬁcient and safe vaccine administration,” adding administering healthcare workers should be well versed in anatomical landmarks, needle placement, and needle length.

The study was funded by the CDC.

Hesse disclosed no relationships relevant to the contents of this paper.

The Fryhofers disclosed no relationships relevant to the contents of this paper.