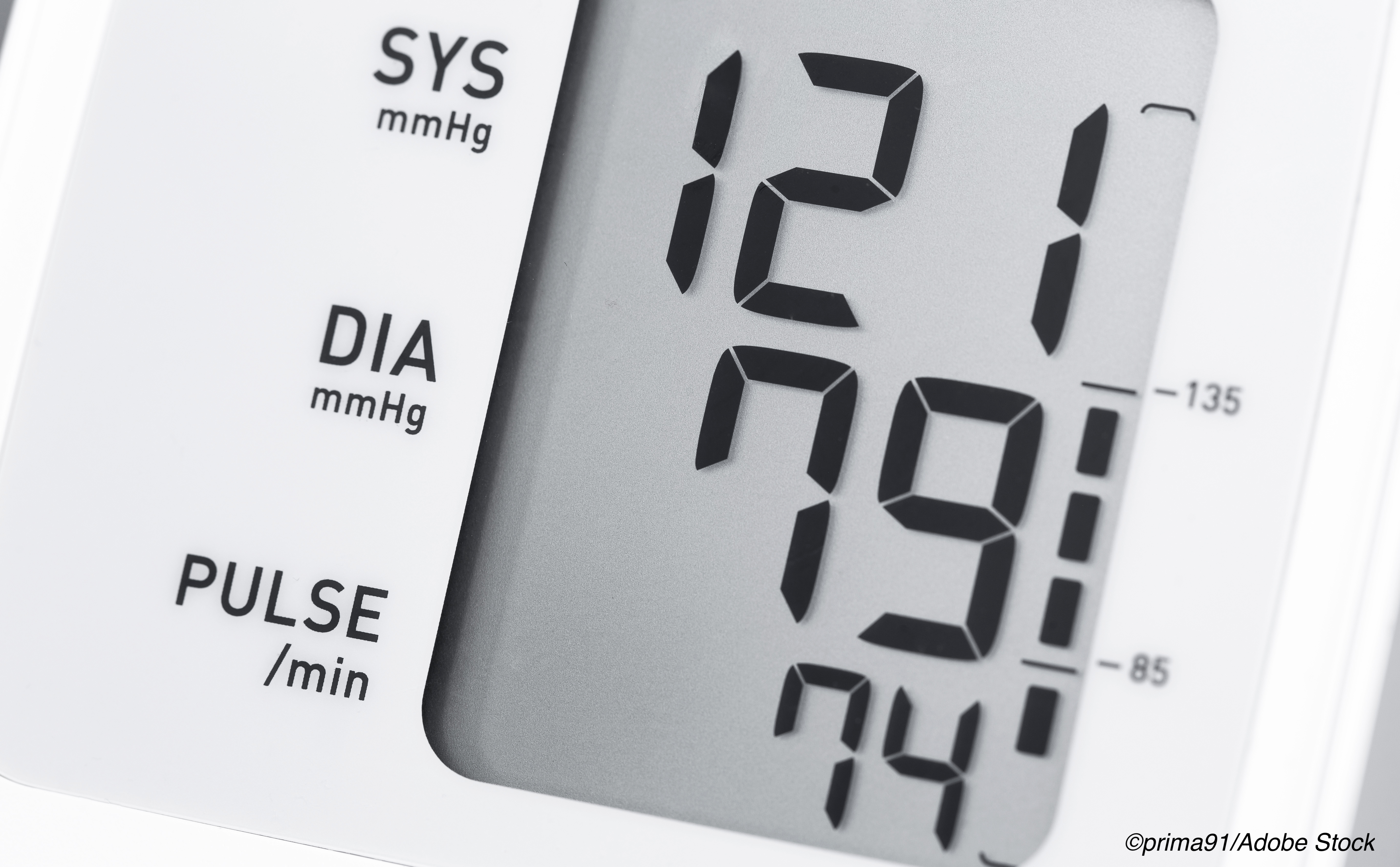 People with higher baseline predicted cardiovascular disease (CVD) risk gained the most absolute benefit from intensive blood pressure (BP) treatment, according to a secondary analysis of the SPRINT trial.

“Higher baseline CVD risk was associated with greater beneﬁt (i.e., larger absolute CVD risk reduction),” they wrote in the Journal of the American College of Cardiology. “Predicted CVD beneﬁt and predicted increased treatment-related AE risk were correlated (Spearman correlation coefﬁcient= −0.72), and 95% of participants who fell into the highest tertile of predicted beneﬁt also had high or moderate predicted increases in treatment-related AE risk.”

A take-home message from this predictive modeling analysis is that “[p]redicted CVD beneﬁt and increased risk for AEs from intensive systolic BP treatment should not be directly compared as clinically equivalent ’tradeoffs,’” the authors emphasized. “Patients should be prioritized for intensive SBP treatment on the basis of higher predicted beneﬁt.”

SPRINT results are the foundation on which groups such as the American Heart Association and the European Society of Hypertension built their recommendations for tight BP control, explained Joseph A. Diamond, MD, of Hofstra Northwell School of Medicine in Hempstead, New York, and co-authors in an editorial comment accompanying the study.

The current findings offer “good news,” they pointed out, specifically that “at the highest levels of baseline CVD risk, the difference in AEs between the intensive and standard treatment groups appeared to diminish… patients with the highest risk for CVD events should be prioritized for intensive blood pressure treatment.”

Diamond’s group also cautioned that clinicians “are subject to many biases that lead to the ’treatment-risk paradox’ — the scenario where patients at high risk for AEs receive less-intensive treatment than patients at lower risk.” They acknowledged that managing AEs will likely require the use of greater resources, such as more lab assessments, more televisits, or more in-office visits to check orthostatic hypotension.

Bress and co-authors stressed that they were unable to develop “a clinical decision tool that discerns and balances beneﬁt and risk considerations in a clinically meaningful way.” However, Diamond’s group noted that they do offer an “easily used” strategy — “based on SPRINT eligibility plus higher CVD and mortality risk,” per Besse’s group — to determine which patients “might achieve greater beneﬁt than harm from intensive treatment… allowing health care providers to focus on individuals who need extra assessment.”

Yes, individuals with high CV risk tend to have treatment-related AEs, Diamond and co-authors conceded, but “[those AEs] are generally milder and more transient. For those at greatest risk for future CVD events, there is converging agreement that intensive BP lowering outweighs risk of treatment.”

The goal of the current analysis was “to predict the magnitude of beneﬁt (reduced CVD and all-cause mortality risk) along with [AE] risk from intensive versus standard [systolic] BP treatment.” The authors explained that separate beneﬁt outcomes were the ﬁrst occurrence of, and treatment-related AEs were:

“Modiﬁed elastic net Cox regression was used to predict absolute risk for each outcome and absolute risk differences on the basis of 36 baseline variables available at the point of care with intensive versus standard treatment,” they stated.

There were 8,828 SPRINT participants with a mean age of 67.9, 35% of whom were women, while around 65% were non-Hispanic White. The baseline systolic BP for the intensive treatment group and the standard treatment group was 139.7 mmHg.

The authors reported that few patients “were predicted as high beneﬁt with low AE risk (1.8%) or low beneﬁt with high AE risk (1.5%). Similar results were obtained for all-cause mortality.”

In terms of study weaknesses, Bress’ group pointed out that “[l]imitations to the statistical power in SPRINT preclude the identiﬁcation of a subgroup with an unacceptable AE burden relative to the magnitude of its beneﬁt on CVD events and all-cause mortality, which prevented us from developing a clinical decision tool that balances beneﬁt and risk considerations.”

However, they said they are planning to develop and validate a prediction model that will quantify predicted cognitive beneﬁts and net beneﬁt in SPRINT participants. That model will incorporate cognitive and CVD beneﬁts, as well as increased risk for AEs, with intensive versus standard treatment.

Diamond and co-authors reported no relationships relevant to the contents of this paper to disclose.