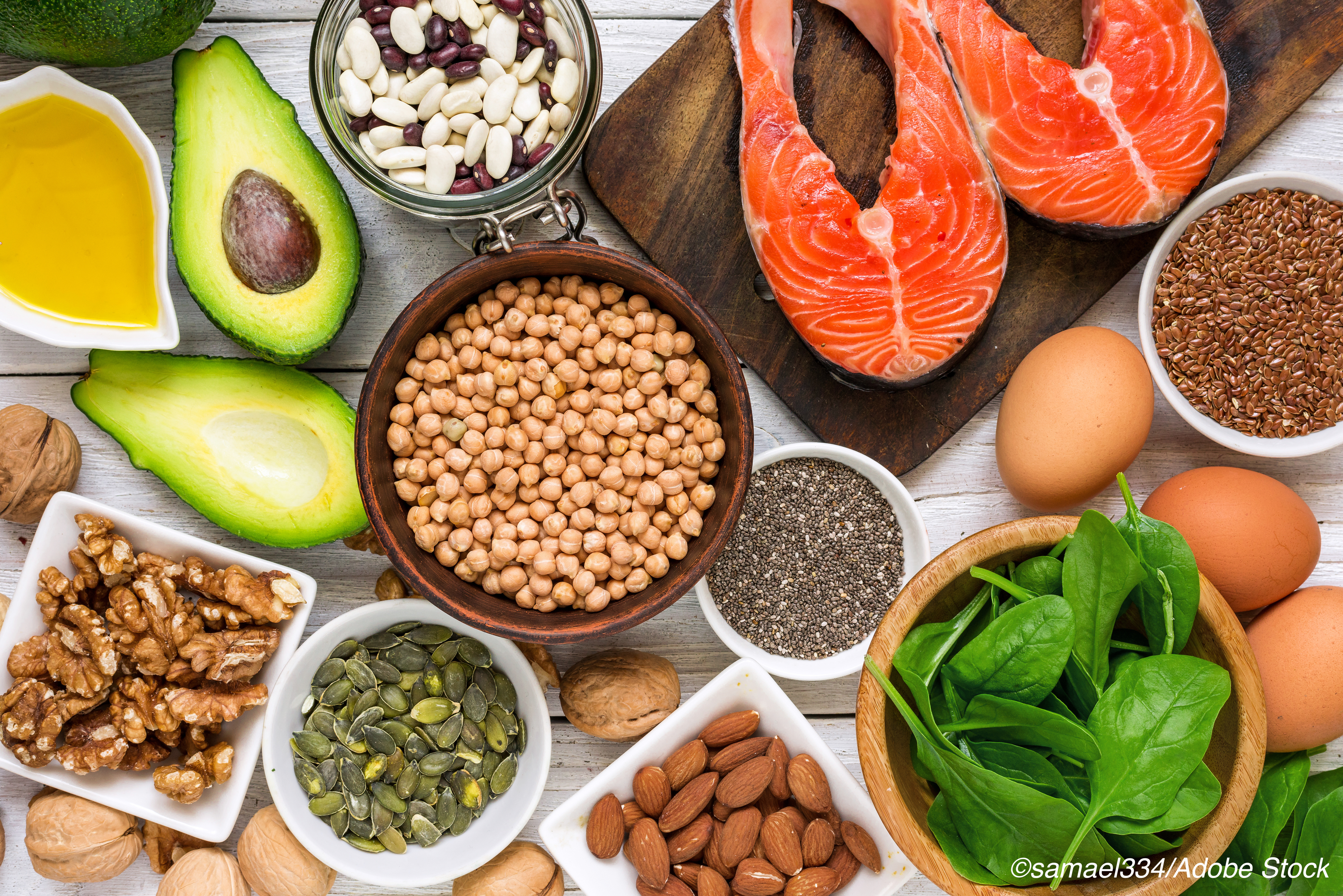 Source can be fish or nuts

Patients with ST-elevation acute myocardial infarction (STEMI) who had high circulating levels of omega-3 fatty acids—both eicosapentaenoic acid (EPA) and alpha-linolenic acid (ALA)—were more likely to survive and less likely to have a recurrent heart attack, according to findings from a study of 944 STEMI patients.

The observation is particularly interesting because unlike fish-derived EPA, ALA has many plant sources including flax seed, walnuts, soy products, and canola oil, which makes it attractive to those who have seafood allergies, or whose religious or dietary preferences limit consumption of fish.

Those results, Lázaro et al wrote, not only support the notion that dietary consumption of foods rich in omega-3 fatty acids can benefit the cardiovascular system, but may “also explain, in part, the paradoxical observation that countries with customarily high seafood intake, such as Japan and Spain, have lower CAD mortality rates, despite a high prevalence of CV risk factors.”

In an accompanying editorial, Harvard’s Deepak L. Bhatt, MD, MPH, along with Matthew J. Budoff, MD ,of Harbor-UCLA Medical Center and R. Preston Mason, PhD, of Elucida Research in Beverly, Massachusetts, praised the study by Lázaro et al and said that although the study was limited to STEMI patients, the findings can reasonably be extended to all patients with atherosclerosis, as well as those who are at risk for developing it.

“For those with fish or seafood allergy, or who for religious or ethical reasons are vegetarian or vegan and extend this to prohibit consumption of marine derived products, ALA may provide a suitable alternative,” Bhatt et al wrote.

That said, the editorialists had some caveats, noting that “the conversion of ALA to EPA is very inefficient with a rate of only approximately 5% to 20%, with higher, estrogen-dependent rates only among healthy younger women. Thus, ALA may not be a sufficient substitute for direct dietary sources of EPA and related long chain fatty acids.”

But taken as a whole, Bhatt et al wrote that the study by Lázaro and colleagues provided not only “implications for drug development” but also lesson that can be applied in dietary guidance. They added that “based on findings such as from Lázaro et al it makes sense to counsel patients to increase their intake of foods rich in OM3FAs such as EPA and ALA in place of less healthy sources of calories, as well as to implement use of prescription EPA in patients who have approved indications.”

The study was observational, and as a result the researchers could not “determine whether the consumption of dietary EPA and ALA intakes before STEMI actually improve the long-term prognosis.” Additionally, “the fatty acids in serum-PC do not reflect long-term intake as accurately as the fatty acids harbored in adipose tissue or red blood cells. Finally, dietary data other than fatty acids and some potential confounding variables like socioeconomic status, education, and pharmacologic treatments at baseline and during follow-up were not available; therefore, we could not exclude the possibility that health-related variables that may covary with omega-3 fatty acids might have affected the studied outcomes.”

Lázaro had no disclosures.

Budoff received grant support from and served on the Speakers Bureau of Amarin.

Mason received consulting and research grants from Amarin Pharma, Novartis, and Pfizer; and has served on the Advisory Board of Cardax.