Stressed Out? Relax, Preserve Endothelial Function with a Cup of… Cocoa? 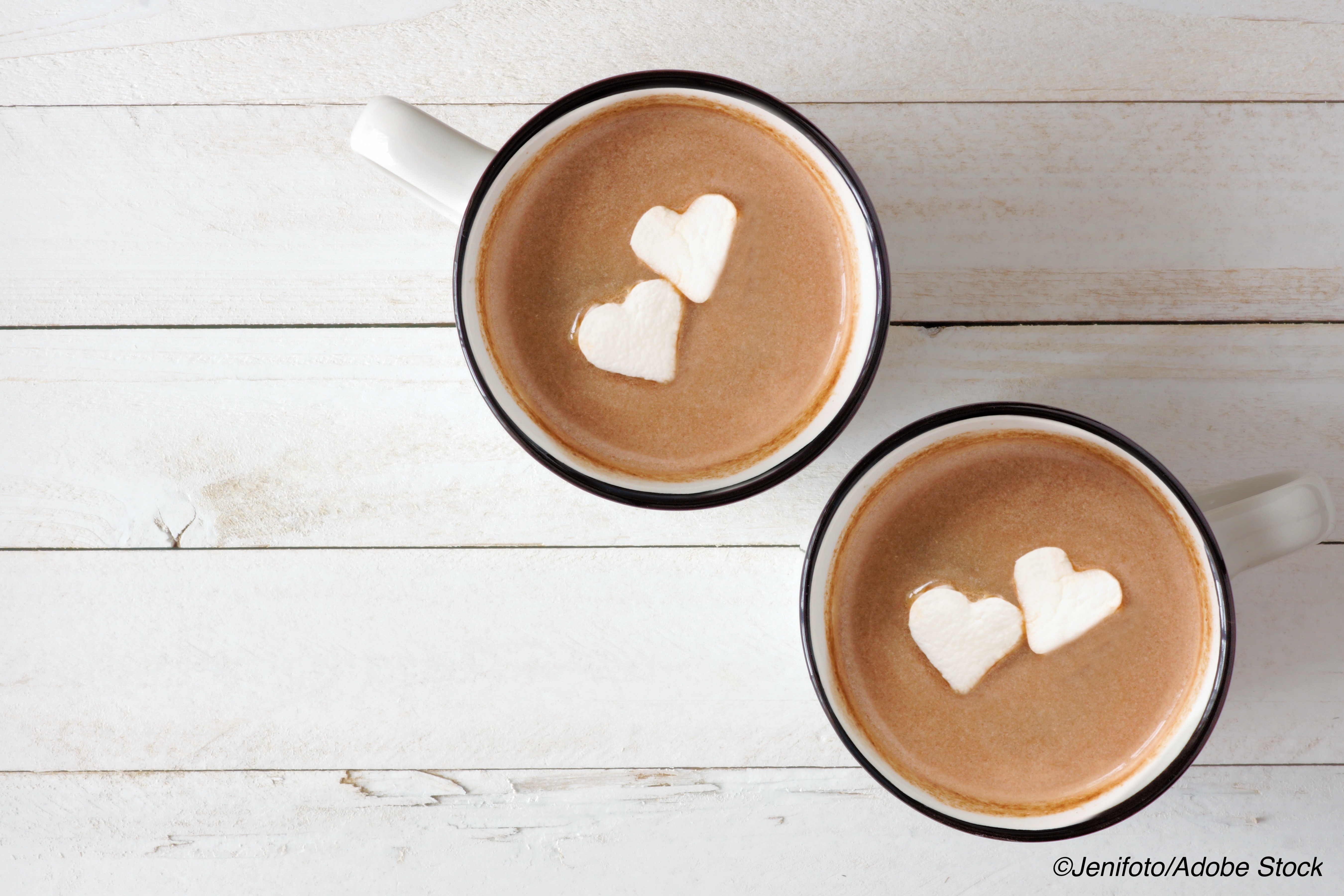 Flavanols in cocoa may protect endothelial function in times of stress

Could a simple cup of cocoa protect the body from the cardiovascular events associated with mental stress, including thrombosis, heart disease, and stroke? The answer, according to results from a recent study, is “yes.”

Flavanols may help counteract mental stress-induced endothelial dysfunction and thereby improve peripheral blood flow and protect vascular health in times of stress, according to researchers from the University of Birmingham, U.K., who published their findings on the effects of cocoa flavanols on stress-induced changes in vascular function in Nutrients.

Researchers, led by Catarina Rendeiro, MSc, PhD, of the University of Birmingham’s School of Sport, Exercise and Rehabilitation Sciences in the U.K., explained the link between mental stress and endothelial function:

“Mental stress induces immediate increases in heart rate and blood pressure (BP) in healthy adults and this is accompanied by peripheral arterial vasodilation, as measured by forearm blood flow (FBF). In addition to acute responses to stress, studies show that mental stress can lead to post-stress impairments in vascular function. Specifically, transient declines in endothelial function (measured by brachial flow-mediated dilatation; FMD) occur from 15 to 90 min after stress in healthy young adults, in older adults, postmenopausal women with diabetes and depression, and populations with high cholesterol and metabolic syndrome. Importantly, reductions in FMD observed following mental stress (1%–3% FMD) can be considered significant in the context of future cardiovascular risk, with 1% FMD reduction leading to a 13% increase in cardiovascular risk.”

Flavanols are naturally occurring compounds found in most fruits and vegetables, as well as in cocoa. A growing number of studies have shown that high intakes of flavonoids — the larger group of compounds that flavanols belong to — are associated with lower cardiovascular disease-related mortality.

“In particular, flavanols, a sub-group of flavonoids that can be found in cocoa, berries, grapes, apples, and tea, improve human endothelial function (brachial FMD) within 1–3 h of intake. Acute effects of flavanols on endothelial function have been shown to translate into chronic benefits in FMD, as well as arteriolar and microvascular vasodilator capacity and BP. Circulating flavanol metabolites, particularly (−)-epicatechin-derived, are believed to drive the beneficial effects of cocoa flavanols on the endothelium by increasing NO bioavailability, and reducing ET-1. Therefore, foods rich in flavanols have the potential to be effective as a dietary strategy to counteract the deleterious impact of mental stress on vascular function,” researchers explained.

The effects of flavanols on the body during stress, however, are unknown. Thus, Rendeiro and colleagues conducted this randomized, double-blind, cross-over, controlled study to assess the effects of a high-flavanol cocoa beverage drunk 90 minutes before completion of an 8-minute mental stress test.

In all, 30 healthy men (mean age: 23 years, mean BMI 23.66; mean FMD: 5.20%) drank a cocoa beverage that was flavanol-enriched to levels of 150 mg of epicatechin and 681.4 mg total flavanols per serving 1.5 hours before an 8-minute mental stress task. A comparison group of men was given the same stress test, along with a low-flavanol beverage that contained less than 4 mg epicatechin and 4.1 mg of total flavanols per serving.

The mental stress test was the 8-minute Paced-Auditory-Serial-Addition-Task (PASAT) shown to induce a physiological stress response. Researchers measured forearm blood flow (FBF), blood pressures, and cardiovascular activity both pre- and post-intervention, and at rest and during stress. Brachial FMD was measured to assess endothelial function, as was brachial BP, both before the intervention and again at 30- and 90-minutes post-stress.

“Importantly, the findings reported in this study have relevance for everyday diet, given that the daily flavanols dosage administered could be achieved through the consumption of a variety of foods rich in flavanols, particularly apples, black grapes, blackberries, cherries, raspberries, pears, pulses, green tea, unprocessed cocoa, and red wine. Finally, these findings can have important implications for the future use of dietary strategies containing plant-derived flavanols to protect the vasculature during periods of increased stress or in populations that are more vulnerable to the effects of mental stress,” they concluded.

Study limitations include the exclusion of women, the small cohort, restriction of polyphenol intake for only 24 hours before study visits, and the need to study these effects in individuals who are a higher risk of cardiovascular disease or mental stress.

This study was funded by the College of Life and Environmental Sciences, University of Birmingham.

Rendeiro and colleagues reported no conflicts of interest.