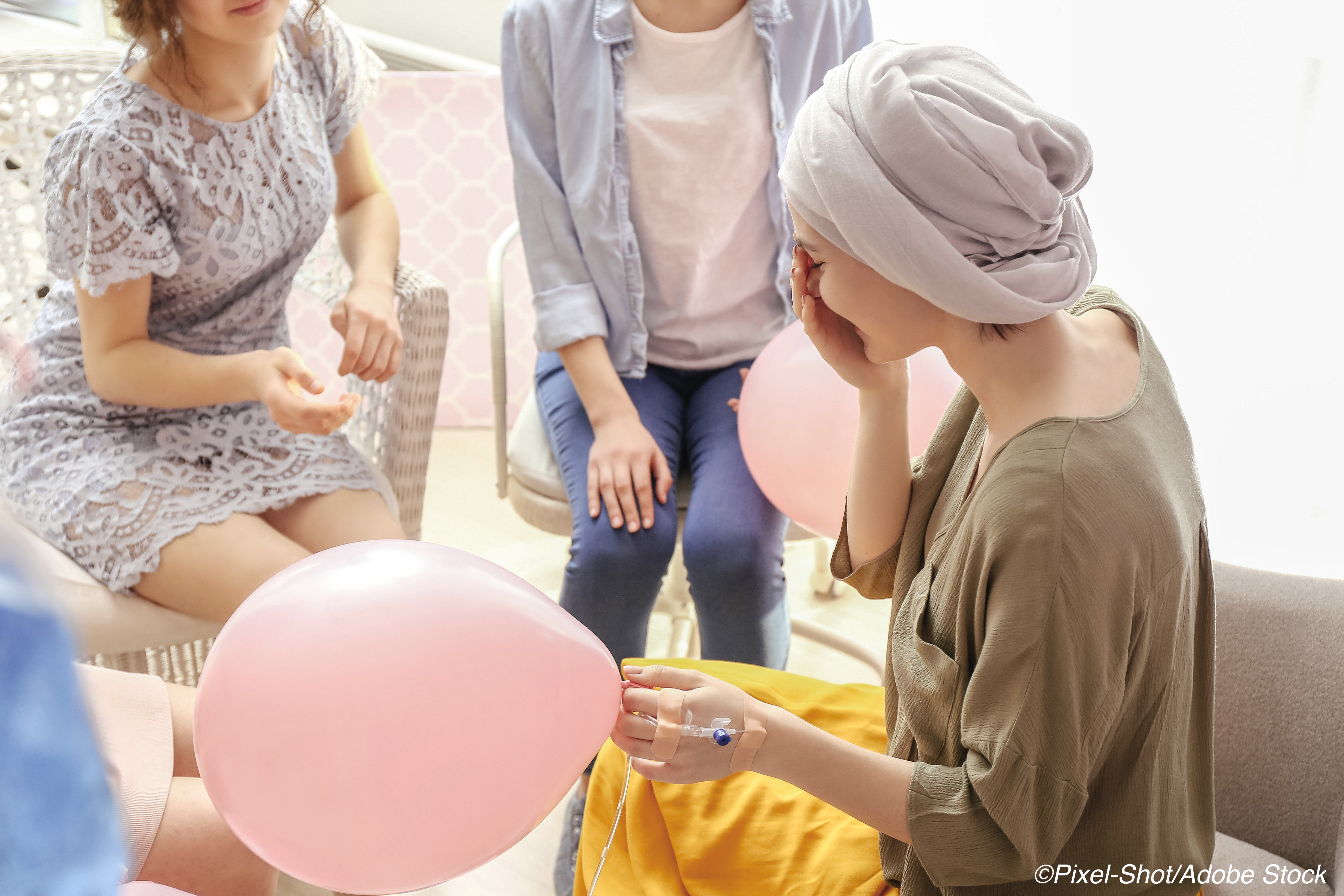 Patients with advanced colorectal cancer (CRC) who are socioeconomically disadvantaged were less likely to receive adjuvant chemotherapy than those who were not disadvantaged— and the greater the number of social risk factors, the less likely patients were to receive treatment, a cross-sectional survey of U.S. patients found.

However, the risk of not receiving chemotherapy was somewhat mitigated if patients had strong social support during their CRC treatment, the same survey indicated.

In a sample of 1,087 respondents, having one or two social risk factors was not associated with a lower likelihood of patients receiving chemotherapy, lead author Rachel Davis, PhD, Arnold School of Public Health, University of South Carolina, Columbia, and colleagues reported in JAMA Network Open.

“To our knowledge, no preexisting research has examined the cumulative associations of multiple co-occurring social risk factors with chemotherapy receipt for CRC, which may serve as more powerful deterrents than a single barrier alone,” investigators observed.

“These findings suggest that assessing cumulative social risk may identify patients with advanced colorectal cancer who are at higher risk for omitting chemotherapy,” they advised.

The mean number of social risk factors for the cohort overall was 2.46.

Social support in turn was evaluated based on the amount of emotional support patients had received since their diagnosis from a spouse or partner, other family members, friends, health care practitioners, coworkers, religious community or other patients with CRC.

The mean number of sources of social support was 3.97, Davis and colleagues noted.

Forty-six percent of the sample was female, almost three-quarters were White, the mean age of the overall cohort was 64 years, and 22% had not received chemotherapy.

“[W]ithin each level of social support, participants were generally less likely to receive chemotherapy as the number of social risk factors increased,” the investigators pointed out.

“The findings of this study have at least 4 important clinical implications,” Davis and colleagues suggested.

First, knowing that patients with advanced CRC are less likely to receive chemotherapy as their social risk increases can help identify patients most at risk for not getting chemotherapy for nonclinical reasons.

Based on the findings from the survey, social support from almost any source appears to mitigate chemotherapy omission risk and programs that help working patients obtain support from coworkers may be particularly beneficial in helping ensure receipt of chemotherapy.

And fourth, “even for patients with social support, the risk that they would not undergo chemotherapy increased as social risk factors accumulated,” the researchers wrote. “Thus… patients with multiple social risk factors with social support were still at higher risk of not completing chemotherapy treatment, and, as a consequence, [of having] adverse long-term outcomes.”

Limitations of the study include the fact that investigators needed to rely on self-reported data and thus the possibility of recall bias or misremembering timing of events, which could reduce the validity of the data collected.

Commenting on the findings, Fritz Francois, MD, NYU Grossman School of Medicine in New York and colleagues pointed out that findings from this survey parallel those reported by the National Academy of Medicine in a much earlier report, which found that differences in healthcare occurred in the background of broader social and economic inequality along, of course, with continuing racial discrimination.

“The conditions in which people are born, live and work can impact their health,” the editorialists wrote. “Davis et al provide a view of a significant dose-response association with SDOH (social determinants of health) producing health inequity in CRC treatment.”

Francois and colleagues also noted that the study further contributes to the earlier report’s recommendation to help patients navigate the healthcare system with supportive structures as part of a strategy to address current health disparities.

“For Black adults, the factors that allow for inequities across the CRC care continuum have metastatic roots beyond the clinical office that should be diagnosed and treated with a comprehensive care plan just as carefully as the malignant entity itself,” Francoise and colleagues wrote and added, “[And] employment interventions for economically vulnerable groups suggest that they can be effective in reducing health disparities.”

The authors had no financial conflicts of interest to declare.

One of the editorialists (Renee Williams) declared owing stock in Boston Scientific but Francois had no conflicts of interest to declare.