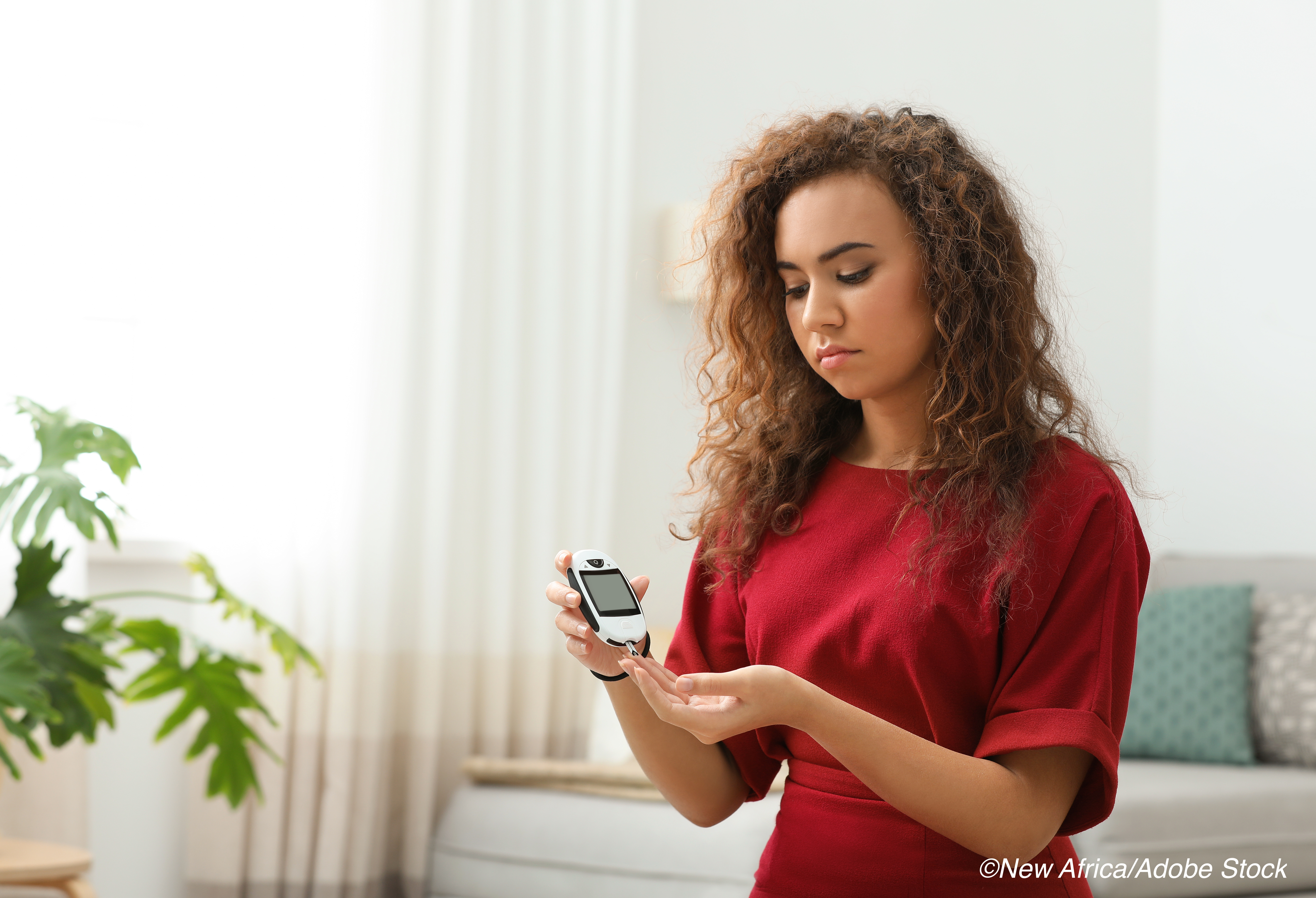 Type 2 diabetes (T2D) that develops during childhood and adolescence carries a steadily increasing risk of complications during the transition to adulthood, according to a longitudinal follow-up of participants in the Treatment Options for Type 2 Diabetes in Adolescents and Youth (TODAY) study reported in The New England Journal of Medicine.

The TODAY study, which ran from 2004 to 2011, evaluated the effects of metformin, metformin plus rosiglitazone, or metformin plus intensive lifestyle intervention on T2D with lack of glycemic control as the primary outcome. These participants were then transitioned to metformin with or without insulin and a two-phase observational study from 2011 to 2020 and assessed for diabetes-related complications.

The 500 participants in the second phase of the study, mean age 26 years, who were just over 13 years from their initial diagnosis of T2D, were found to have significant complications.

Bjornstad and colleagues noted that they found that “diabetes-related complications appear early in youth-onset type 2 diabetes and accumulate rapidly; at least one microvascular complication developed in 60.1% of participants in the study. In addition, a clustering of complications was observed, with 28.4% of the participants having two or more diabetes complications…”

The researchers also reported that while uncommon, these young participants had serious cardiovascular events. “Taken together, these data illustrate the serious personal and public health consequences of youth-onset type 2 diabetes in the transition to adulthood.”

The TODAY Study group called the data grave especially when compared with “the risk of microvascular complications reported in type 1 diabetes and adult-onset type 2 diabetes,” and they noted that such complications, “including diabetic kidney disease, affect approximately 25% of young persons with a duration of type 1 diabetes of more than 10 years.”

TODAY 2’s first phase enrolled 572 participants (81.8%) from the original study from March 2011 through February 2014; these patients were treated with metformin with or without insulin for glycemic control, and as in the original study, data on adverse events were collected. The second phase (fully observational) of the trial, which spanned from March 2014-January 2020, transitioned 518 participants who had annual visits but their health care providers managed their medical care. Only adverse events were evaluated. Any participant who tested positive for maturity onset-diabetes via a genetic analysis was excluded from the trial.

The participants were evaluated for hypertension, dyslipidemia, albuminuria as a marker for diabetic kidney disease, diabetic nerve disease, and diabetic eye disease. During semi-annual follow-up, the participants were interviewed “to identify relevant events that had occurred since the previous visit.”

The detailed results were as follows:

The participants in the study were mostly female, a little more than a third were Hispanic, and a third were non-Hispanic Black. About 40% lived in a household with an annual income <$25,000 and the average BMI was 35. At the end of the TODAY 2 trial, 46.8% did not achieve glycemic control, comparable to the other phase of the trial and the first TODAY trial.

“The reason for the high incidence of complications in youth onset type 2 diabetes is unknown, but it is most likely related to the extreme metabolic phenotype (which includes severe insulin resistance and rapid worsening of betacell function) and to challenging socioeconomic circumstances,” Bjornstad and colleagues wrote. “In this cohort, the accumulation of complications was tightly associated with hyperglycemia, insulin resistance, hypertension, and dyslipidemia. Unfortunately, youth onset type 2 diabetes is characterized by a suboptimal response to currently approved therapies, which is compounded by major challenges in adherence and management because of age and characteristic socioeconomic factors.”

The study authors also noted that there are, so far, only two medications approved for the treatment of youth-onset T2D— metformin and insulin. The latest FDA approval of an insulin biosimilar may be somewhat helpful, as it will lower the cost of treatment for this patient population.

Limitations of the study include the incomplete follow-up of 25% of the original cohort and unreliable data on nicotine use, which is a known cardiovascular risk factor.

“The participants were willing to take part in an intensive clinical trial and received intensive management at no costs as part of the study until 2014; therefore, the incidence of complications might have been even higher in the absence of these interventions,” the study authors noted.