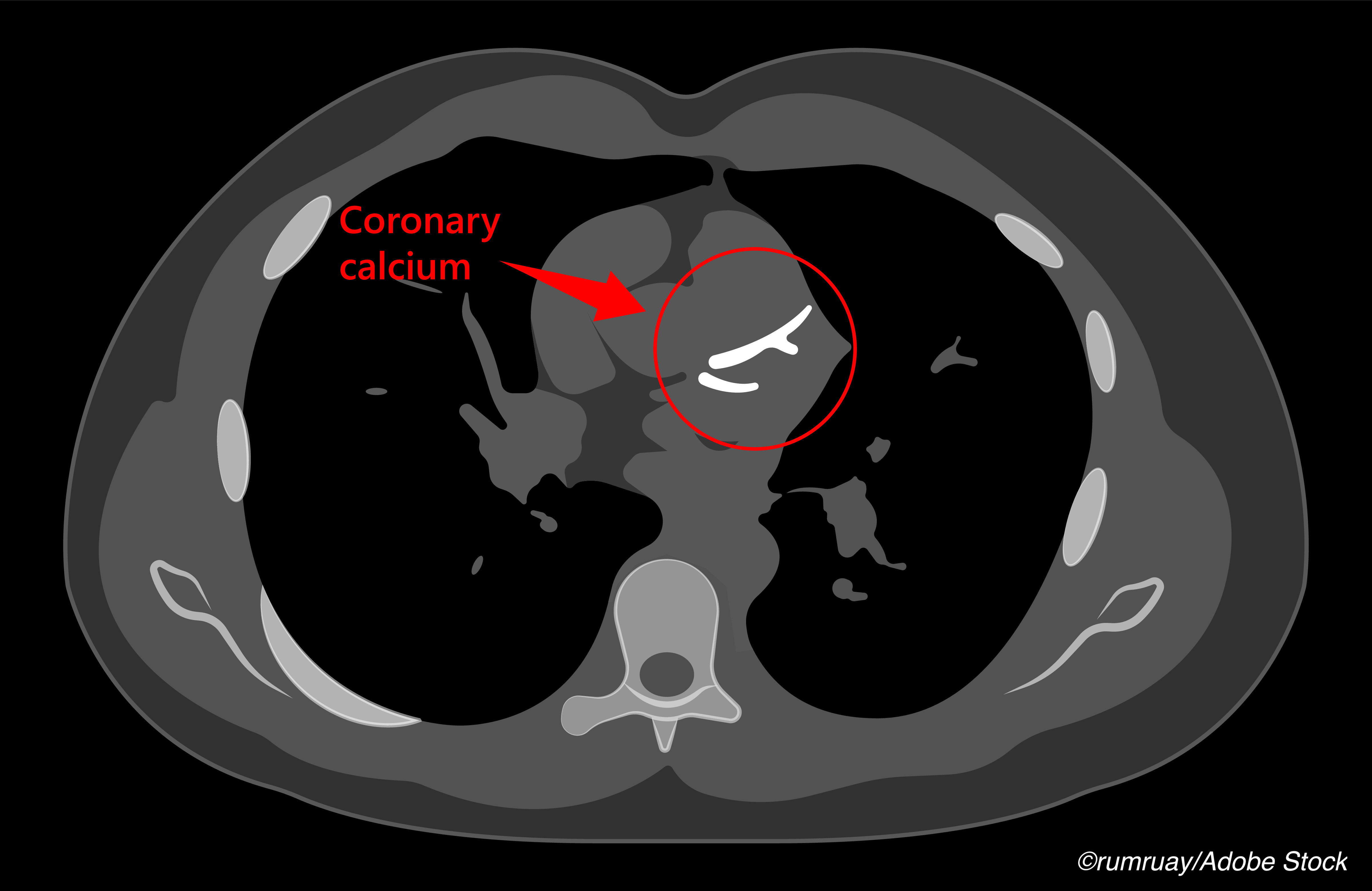 The percentage of atherosclerotic coronary plaque that was calcified was inversely related to coronary artery disease progression and major adverse cardiac events (MACE), while the total calcified plaque volume remained a risk for MACE, an analysis of PARADIGM registry data study found.

“There is an apparent paradox in our current understanding of coronary calcium in which it connotes both risk and stability, with progression portending both an increased risk of events and a response to therapy,” Jonathon Leipsic, MD, PhD, of St. Paul’s Hospital in Vancouver, Canada, and colleagues wrote in JACC: Cardiovascular Imaging.

Coronary artery calcification is an established marker of risk of future cardiovascular events. Despite this, plaque calcification also is considered a marker of plaque stability, and it increases in response to statin therapy.

Analysis of CT angiography (CTA) and outcome results from the PARADIGM cohort showed that calcified plaque volume was positively correlated with total plaque volume (r= 0.780; P<0.001) and with plaque progression (r= 0.297; P<0.001). PCPV was an independent predictor of a reduction in plaque volume (r= −0.11; P<0.001) in univariable and multivariable linear regression analyses.

“PCPV, which captures the interplay between calcified plaque and total plaque volume, may be considered a marker of increasing plaque stability and should be additionally considered when assessing patient risk and treatment response,” Leipsic and co-authors said.

In an accompanying editorial, Miguel Cainzos-Achirica, MD, MPH, PhD, and Tanushree Agrawal, MD, both of Houston Methodist Hospital in Texas wrote, “Statins stabilize plaque and reduce risk of subsequent events; however, their use increases, at least in the short term, the rate of progression of the coronary artery calcium score. A key mechanism by which this paradox occurs is by increasing calcified plaque density. More densely calcified plaques are less prone to rupture, resulting in a lower risk of coronary events compared with less calcified ones at any level of calcified plaque volume.”

“Importantly, this analysis in PARADIGM, together with previous studies, confirm the independent prognostic value of simplistic measures of coronary calcium burden even in populations with high baseline prevalence of statin use,” the editorialists observed.

“Studies evaluating the prognostic value of coronary CTA beyond coronary artery calcium have yielded inconsistent findings,” they noted. “The latter, together with considerations of radiation exposure, need for intravenous contrast, test time, and cost, likely led to the lack of endorsement of coronary CTA in recent primary prevention guidelines while coronary artery calcium was recommended as a prominent decision aid.”

Lesion-level analysis (n=2,586) showed that the highest quartile of PCPV values was associated with shorter lesions, lower plaque volume, greater stenosis severity, and less frequent high-risk plaques compared with all lower quartiles (P<0.05). Annualized change in plaque volume was greatest in lesions in the lowest PCPV quartile and decreased successively in each quartile (P<0.001). The lowest quartile also had the highest rate of newly detected high-risk plaques on follow-up imaging.

Statin therapy at baseline or interval prescription was associated with greater increase in PCPV compared with those never treated with a statin (4.3% versus 3.5% per year; P=0.017).

“The prognostic importance of PCPV demonstrated in the current study provides further rationale for the use of coronary CTA in the evaluation of patients with symptoms suggestive of coronary disease,” the editorialists wrote. “Careful consideration of plaque density characteristics can help identify candidates for most aggressive pharmacological management, even in the absence of significant stenoses or clearly unstable plaques. Compared with non-contrast scanning, coronary CTA also allows for evaluation of non-calcified plaque, as well as for a detailed phenotyping of plaque morphology and vulnerability features, including computation of PCPV.”

While detailed CTA measures may be helpful in some patients, there is still value in scoring approaches using non-contrast scanning, they noted: “In statin-naive nonelderly individuals, high coronary artery calcium scores are indicative of a markedly increased risk of events compared with same-age peers with lower scores, and this finding should trigger aggressive preventive management in most instances, regardless of plaque density considerations.”

The study had several limitations, the researchers wrote. It excluded patients who had revascularization between their baseline and follow-up CT scan, and the most severe and vulnerable lesions may not have been included.

This study was supported by the Leading Foreign Research Institute Recruitment Program through the National Research Foundation of Korea funded by the Ministry of Science, ICT and Future Planning and funded in part by the Dalio Institute of Cardiovascular Imaging and the Michael Wolk Foundation.

Leipsic serves as a consultant and has stock options in HeartFlow and Circle Cardiovascular Imaging, and receives speaking fees from GE Healthcare.

The editorialists reported that they have no relationships relevant to the contents of this paper to disclose.