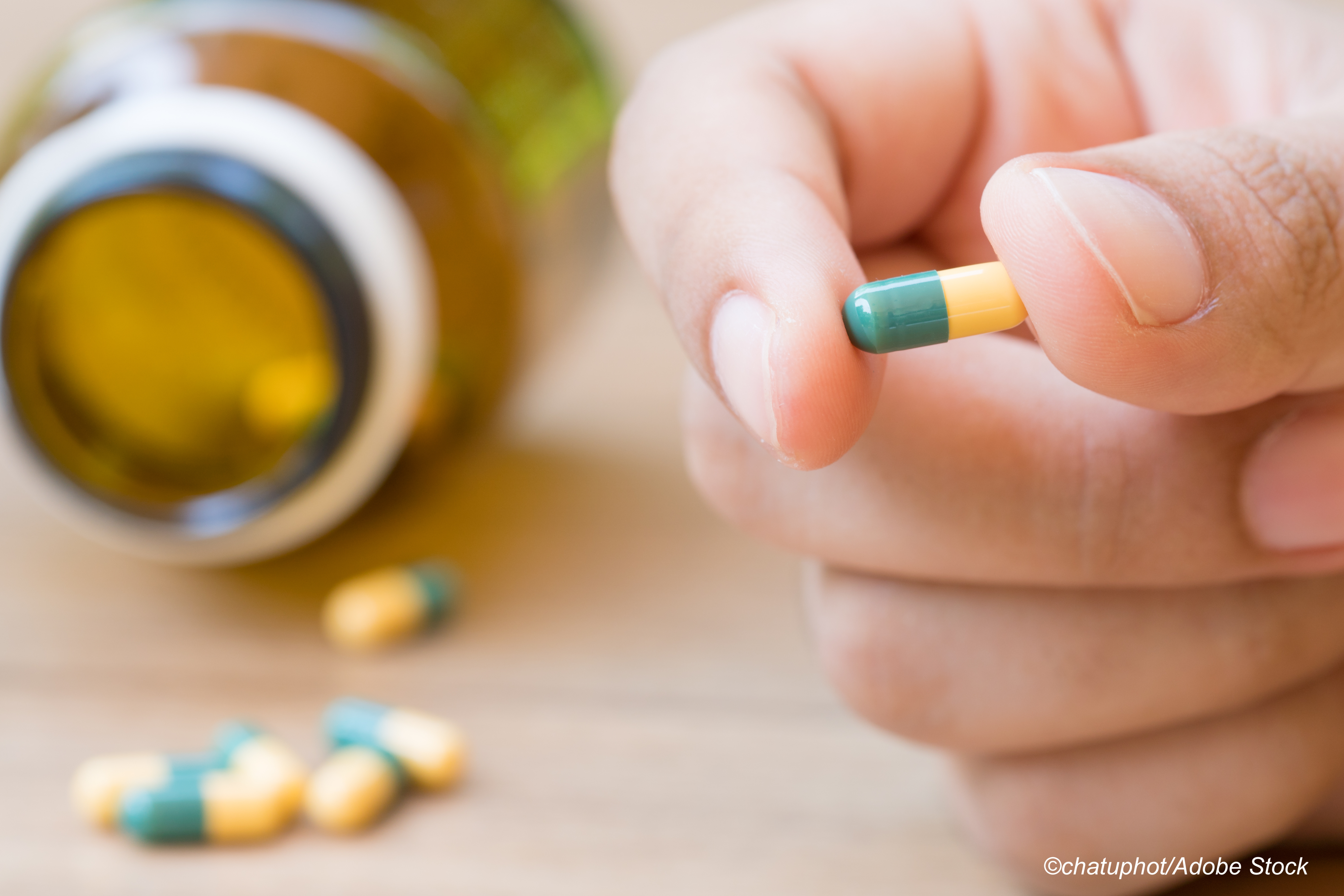 No significant differences in common side effects such as constipation, delirium

Tramadol prescriptions were associated with greater risks of mortality, cardiovascular events, and fractures compared with codeine, according to a large, retrospective population-based cohort study from Spain. The study did not find any significant differences, however, in the risks of common, non-life-threatening side effects such as constipation and delirium.

In this study of adults 18 years or older, the researchers looked at new prescription dispensation of tramadol or codeine with no prescriptions of either drug in the previous year. The main outcomes assessed were all-cause mortality, cardiovascular events (stroke, cardiac arrhythmia, myocardial infarction, and heart failure), fractures (hip, vertebral, etc.), constipation, delirium, falls, opioid abuse/dependence, and sleep disorders within one year after the first dispensation.

To arrive at their conclusions, Reyes and colleagues looked at 10 years of data (2007-2017) from primary care electronic health records that were linked to pharmacy dispensations covering more than 80% of the population of Catalonia, Spain. They found more than a million prescriptions for tramadol or codeine—326,921 for tramadol, 762,492 for codeine, and 3,651 for both drugs concomitantly.

Using propensity score matching, the researchers ended with a cohort of 368,960 participants in either the tramadol or codeine groups. They also conducted eight sensitivity analyses:

“First, a multivariable Cox-proportional hazard model to estimate the HRs of study outcomes in the entire cohort. Second, a ’stratified Cox model’ to control for matching structure in the matched cohort. Third, a complete-case analysis, excluding participants with missing baseline characteristic values. Fourth, to better identify new tramadol and codeine dispensations, the look-back period was extended from 1 to 3 years. Fifth, to increase drug specificity, the analysis was limited to single-formulation tramadol, excluding combinations with another nonnarcotic chemical. Sixth, tramadol may have been prescribed to relieve pain caused by an undiagnosed disease under study, such as fractures. A 3-month lag window, excluding patients with outcomes that occurred within 3 months after the index date was introduced. Seventh, a Fine-Gray subdistribution hazard, an alternative approach to account for the competing risk of death, was used. Eighth, a comparison of the risks during the ’on-treatment’ period that began with the initial prescription date and ended 30 days after the last fill would have run out was carried out. A gap of 90 days or more without a fill terminated the on-treatment period,” Reyes and colleagues wrote.

After propensity score matching, most of the study population in each cohort was female (57.3% in both cohorts), and the mean age was 52.7 years in the tramadol cohort and 53.5 years in the codeine cohort. Back pain, neck/shoulder pain, and osteoarthritis were the top three indications for the prescriptions to both drugs with cough, migraine, and cancer indications representing less than 10% of prescriptions each. Other comorbidities included diabetes, other musculoskeletal disorders, COPD, and fibromyalgia.

The top concomitant medications taken by the two cohorts included benzodiazepines (>26% of each cohort), ibuprofen (34.4% in each cohort), acetaminophen (also more than 36% in each cohort), followed by other common NSAIDs and analgesics. General practitioner visits and/or hospital admissions were low, at 5% or less for each cohort.

The study authors noted that their results should be interpreted with caution because of the potential for confounding, even though they built controls into the study design, noting that propensity score matching helped reduce this possibility.

“For each inclusion year, propensity scores for tramadol versus codeine dispensation were calculated using a logistic regression model that included all baseline characteristics… Patients with a new tramadol dispensation were matched 1:1 to those with a new codeine dispensation using caliper matching within a caliper of 0.2 times the standard error of the logit propensity score and an exact matching of inclusion year. Individuals not matched with another patient were excluded,” they wrote.

Howard S. Kim, MD, MS, from the department of Emergency Medicine, Northwestern University Feinberg School of Medicine in Chicago, and colleagues wrote in an accompanying editorial that the study from Reyes and colleagues adds to a growing body of literature on adverse outcomes associated with tramadol. Kim is also an associate editor at JAMA.

The editorialists noted that in the U.S., codeine isn’t prescribed as often for postoperative pain as in Europe, while hydrocodone and oxycodone are prescribed more often.

“However, tramadol remains a topic of interest as the third most prescribed opioid in the U.S. in 2017 and is the only opioid to have increased in prescribing following the release of the 2016 Centers for Disease Control and Prevention Guideline for Prescribing Opioids for Chronic Pain,” Kim and colleagues wrote. “Increased tramadol prescribing in the U.S. may have been driven in part by the perception of prescribers that tramadol is a relatively safe opioid, given its designation as a Schedule IV controlled substance with low potential for abuse and dependence.”

The data presented in the present study “have the potential to change the perception of tramadol as a safe opioid,” the editorialists noted. In fact, this perception of it being safer than other opioids may present a risk to patients.

“When clinicians determine that patients require an opioid medication for pain, they may be better served to select a pure opioid agonist with a more predictable therapeutic effect and known adverse effect profile, such as morphine or hydrocodone,” Kim et al concluded. “This would allow clinicians and patients to more properly weigh the risks and benefits of initiating opioid therapy through shared decision making and prompt the level of counseling on safe use, storage, and disposal practices that all opioids deserve.”

The study authors noted that along with the potential for confounding, there are other limitations to their study including making associations between packages of tramadol dispensed and adverse outcomes; not including the cause of death in the study; and that some outcomes, such as delirium and sleep disorders, may have been underestimated.