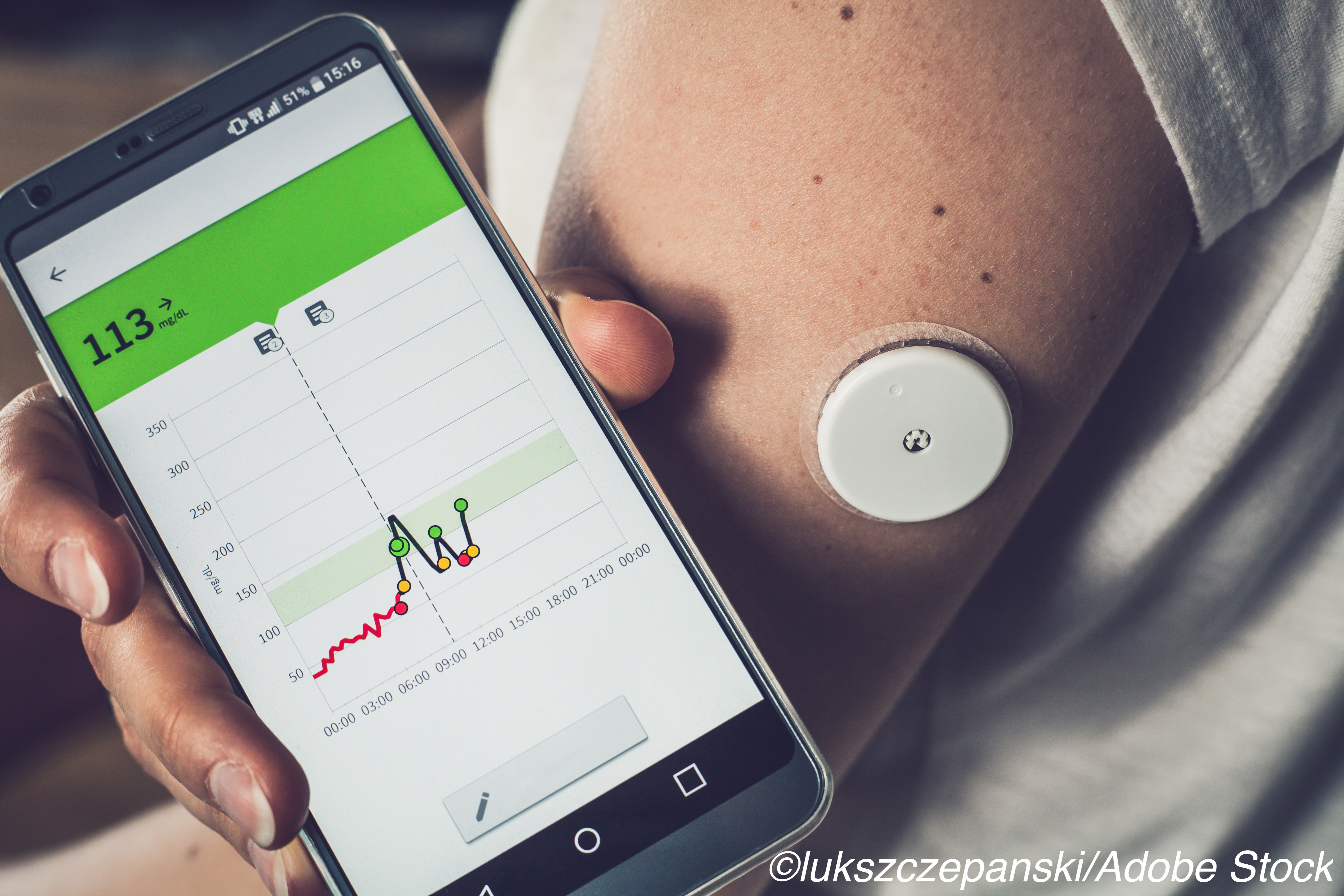 Both younger and older patients with type 1 diabetes saw some benefits in glycemic control with continuous glucose monitoring (CGM), according to results from two separate trials.

The glycemic improvement seen in both trials was “modest,” stated Shivani Agarwal, MD, MPH, of the Albert Einstein College of Medicine in New York City, and Anne R. Cappola, MD, ScM, of the University of Pennsylvania in Philadelphia, in an accompanying editorial.

Still, even the “suboptimal” CGM use offers hope, they said, pointing out that newer CGM models have eliminated the fingerstick calibration, “which should lead to improved wearability and glycemic control even beyond the measured benefit observed in this trial. Potential long-term benefits from improved glycemic control and variability early in diabetes duration include prevention of diabetes complications later in adulthood, making CGM an attractive option” for younger people with type 1 diabetes.

In older adults, the findings present “several key future considerations… CGM reduced the time spent in the severe hypoglycemic range, which has health care use, mortality, morbidity, and economic benefits,” they said. These patients were consistent in their CGM use, which “bodes well for acceptability of more advanced CGM technologies and future artificial pancreas systems in older adults, which could have profound effects on glycemic control.”

The study’s primary outcome was change in HbA1c from baseline to 26 weeks. Half of the patients were female, and the mean diabetes duration was 9 years. The majority (93%) completed the study, and the 26-week visit was completed by 96% in the CGM group and 90% in the BGM group.

Early on, CGM usage was high at 82% saying they did so at least 5 days/week in the 28 days prior to the 6-week visit. By week 26, that percentage had dropped, and at 26 weeks, 14% in the CGM group had no CGM use including three participants who dropped out of the study altogether. One person in the BGM group started CGM use prior to the 26-week visit.

As for adverse events (AEs), severe hypoglycemic events and diabetic ketoacidosis occurred in 4% of the CGM group for both versus 3% and 1%, respectively, of the BGM group. There were nine CGM device issues were reported over the 26 weeks, but none were related to an AE.

Miller and co-authors highlighted that the CITY trial turned in better results than the 2008 JDRF CGM trial in which there was no benefit to CGM in adolescents and young adults. But only 30% of the JDRF study population used CGM regularly (6 to 7 days/week), “which is substantially less than observed in the current trial. Enhancements in CGM technology over the past 10 years have reduced the burden of using CGM, which likely accounts for the greater usage found in the current trial.”

Study limitations included the fact that the version of CGM used in CITY called for twice-daily calibrations with blood glucose measurements, and that the results may not apply to individuals with type 1 diabetes and HbA1c outside the study’s eligibility range.

“This study also included an extension phase in which the CGM group continued using CGM through 12 months and the BGM group initiated CGM. Results of the extension phase may provide insight into longer-term use of CGM,” according to Miller’s group.

The WISDM trial was done at 22 U.S. endocrinology practices in 203 adults, ages ≥60 years, with type 1 diabetes. Eligibility criteria included no use of real-time CGM in the 3 months prior to enrollment, an HbA1c of <10.0%, and use of either an insulin pump or multiple daily insulin injections. The primary outcome was CGM-measured percentage of time that sensor glucose values were <70 mg/dL during 6 months of follow-up.

Participants were randomly assigned in a 1:1 ratio to use CGM or BGM. Over half of the participants were female with a median type 1 diabetes duration of 36 years, and a mean HbA1c of 7.5%. Also, 53% used an insulin pump.

The authors reported that the 26-week visit was completed by 99% of the CGM group and 96% of the BGM group. They also noted that CGM use was high throughout the study, such that, in the 4 weeks before the 26-week visit, 81% were wearing the device 7 days/week and 89% worse it ≥5 days/week. Only one participant dropped out and two BGM patients initiated CGM during the trial.

WISDM also had multiple secondary outcomes, and there were statistically significant differences between the CGM and BGM groups for many of these, but none for cognitive issues and PROs.

Common AEs using CGM and BGM, respectively, were severe hypoglycemia, fractures, falls, and emergency department visits, but there were “no statistically significant treatment group differences” for the AEs. Only one CGM participant experienced a severe hypoglycemic event versus 10 BGM participants. And one CGM patient experienced diabetic ketoacidosis, but it was not related to device use. Finally, there were 22 CGM device issues reported during the follow-up period, none of which were related to an AE.

Study limitations included a cohort with a “relatively high socioeconomic status” who were receiving” specialized diabetes care,” Pratley and co-authors stated. Additionally, the 6-month intervention period was short and an older iteration of a CGM was used.

“It is unknown whether the additional features of the newer CGM sensor (such as no calibration requirement, easier insertion process, and a predictive low glucose alert) would have further increased CGM use in this population,” they wrote.

While CGM technology may be advancing quickly, Agarwal and Cappola stressed that widespread CGM use still faces barriers, most of which are related to costs and eligibility criteria for coverage, either by private or government-backed insurance.

Another obstacle is “shortages in the endocrinology workforce and lack of training and support for primary care to implement CGM,” they said, adding that “with CGM innovation happening at a rapid pace… CGM offers a new outlook for patients with type 1 diabetes and for the clinicians and communities caring for them. More effort is needed to overcome current barriers and provide better access to this beneficial technology.”

The CITY trial was funded by a grant from the Leona M. and Harry B. Helmsley Charitable Trust to the Jaeb Center for Health Research.

Dexcom provided CGM devices and sensors for both trials.

Agarwal and Cappola reported no relationships relevant to the contents of this paper to disclose.

Association between exposure to airborne particulate matter less than 2.5 μm and human fecundity in China.

Placental Accumulation of Triacylglycerols in Gestational Diabetes Mellitus and Its Association with Altered Fetal Growth are Related to the Differential Expressions of Proteins of Lipid Metabolism.