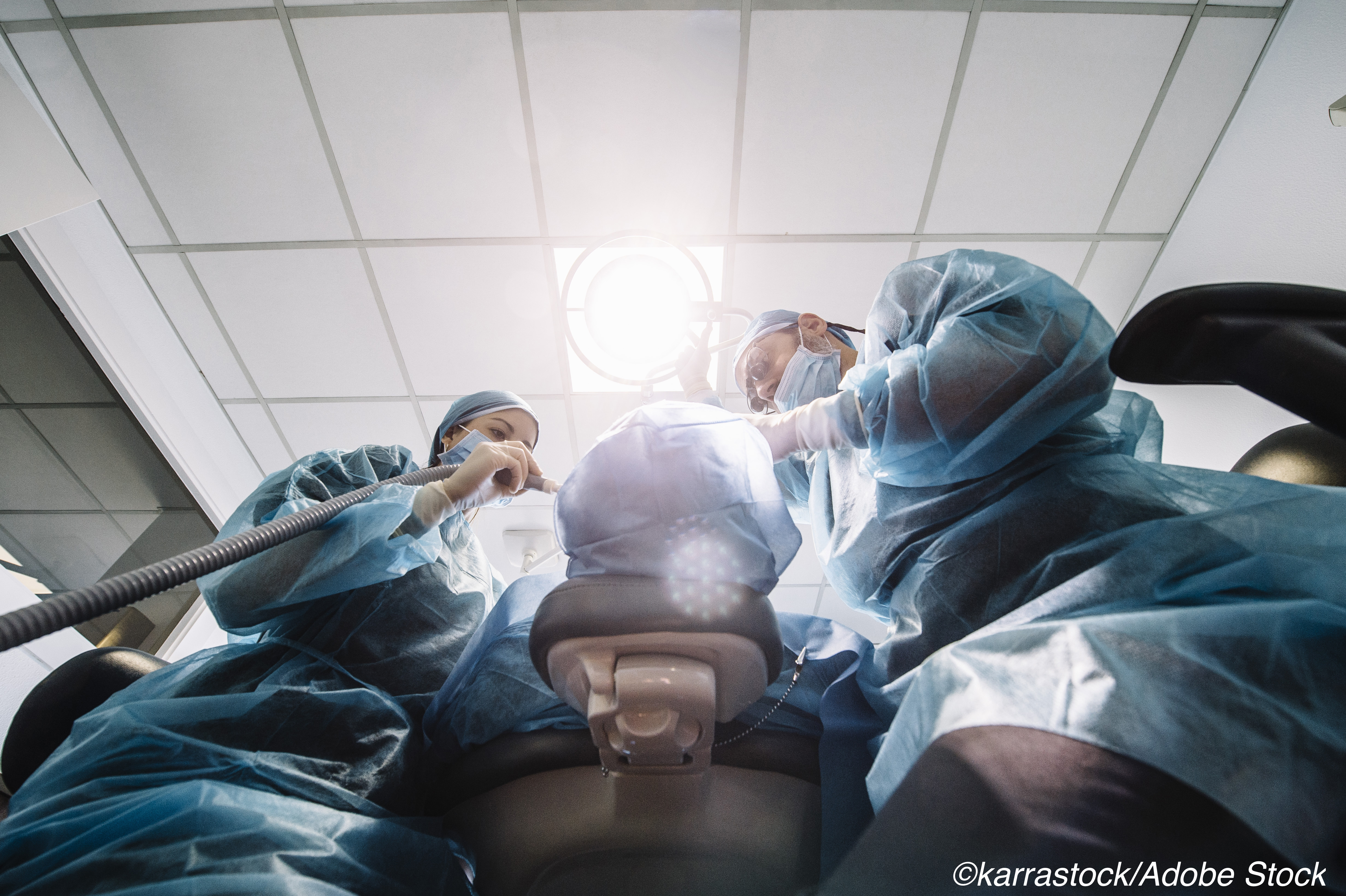 Among patients with obstructive sleep apnea that does not respond to conventional treatment, combined palatal and tongue surgery may be an effective option, according to results of a preliminary study by researchers in Australia.

Participants who underwent surgery (n=51) reduced their mean Apnea-Hypoxea Index (AHI) from 47.9 at baseline to 20.8 at 6 months after surgery, according to Stuart MacKay, MD of the University of Wollongong and the Illawarra ENT Head and Neck Clinic, in Wollongong, Australia, and fellow SAMS Randomized Clinical Trial investigators in JAMA. Meanwhile, among patients randomized to the conventional therapy (n=51), the mean AHA was reduced from 45.3 at baseline to 34.5 at 6 months, a mean baseline-adjusted mean-group difference of −17.6 events/hour (P <0.001). Conventional therapy was defined as “ongoing medical management (e.g., advice on leep positioning, weight loss),” MacKay and colleagues explained.

“The statistically significant between-group difference in the AHI was above the established minimal clinically important difference (15 events/h) but less than the a priori hypothesized difference of 20 events per hour,” they wrote.

SAMS researchers explained that the majority of OSA patients “have multilevel obstruction, including increased tongue size due to fat deposition. Thus, this trial of multilevel surgery supports a broader role for upper airway surgery to manage OSA and expands on an earlier randomized clinical trial of multilevel minimally invasive surgery in patients with mild disease. The more extensive approach used in the present study had a greater treatment effect, whereas the serious adverse event risk was similar to a large observational cohort of predominantly uvulopalatopharyngoplasty alone.”

However, the editorialists also noted some limitations of the study. For example, selection criteria for the multilevel surgery — modified uvulopalatopharyngoplasty and minimally invasive tongue volume reduction — needs to be refined, the Mayo trio wrote, since it “was effective at preventing upper airway collapse in some patients but not in others.”

Another issue was the under-representation of women and minority problems. Of the 102 patients in the trial, only 18 were women, and all but 12 participants were white, they noted. The editorialists also pointed out that “At 6-month follow-up, 57% of patients still had moderate to severe residual sleep apnea by polysomnographic criteria, and oxygen saturation levels, although improved compared with baseline, persistently dipped below 85% in some patients. Such findings emphasize the importance of follow-up sleep apnea testing after surgery and raise the question of the adequacy of the surgical intervention at the targeted tissues or the possibility that airway collapse occurred at other levels of the upper airway, presumably in the hypopharyngeal area.”

However, the true value of the trial, according to the editorialists, may be that it demonstrates that OSA patients are willing to “accept invasive therapies and will be satisfied with the improvement they achieve even with residual sleep apnea. To further refine the process and enhance patient outcomes, the methodological features of the SAMS trial should be considered the standard to which the conduct of future surgical trials in OSA should be held.”

Moreover, MacKay et al pointed out that the multilevel surgery “does not preclude reintroducing CPAP or other therapies later, if required. The perception that CPAP treatment is problematic after uvulopalatopharyngoplasty arises from a single early report of more mouth leaks with nasal CPAP after excisional uvulopalatopharyngoplasty. However, the modified uvulopalatopharyngoplasty used in this study reduces retropalatal obstruction while preserving the palate and velopharyngeal sphincter function such that problems with reapplication of CPAP are rare.”

The authors concluded that more research is needed to “confirm these findings in additional populations and to understand clinical utility, long-term efficacy, and safety of upper airway surgery for treatment of patients with OSA.”

MacKay reported receiving grants from National Health and Medical Research Council of Australia, Flinders University, and The Repat Foundation 2013 Prabha Seshadri Research Grant during the conduct of the study and nonfinancial support from Genio-Nyxoah and grants from Garnett-Passe Rodney Williams Foundation and Illawarra Health and Medical Research Institute outside the submitted work.

Mansukhani reported receiving grants from the ResMed Foundation and the Paul and Ruby Tsai and Family Fund Career Development Award at Mayo Clinic outside the submitted work.