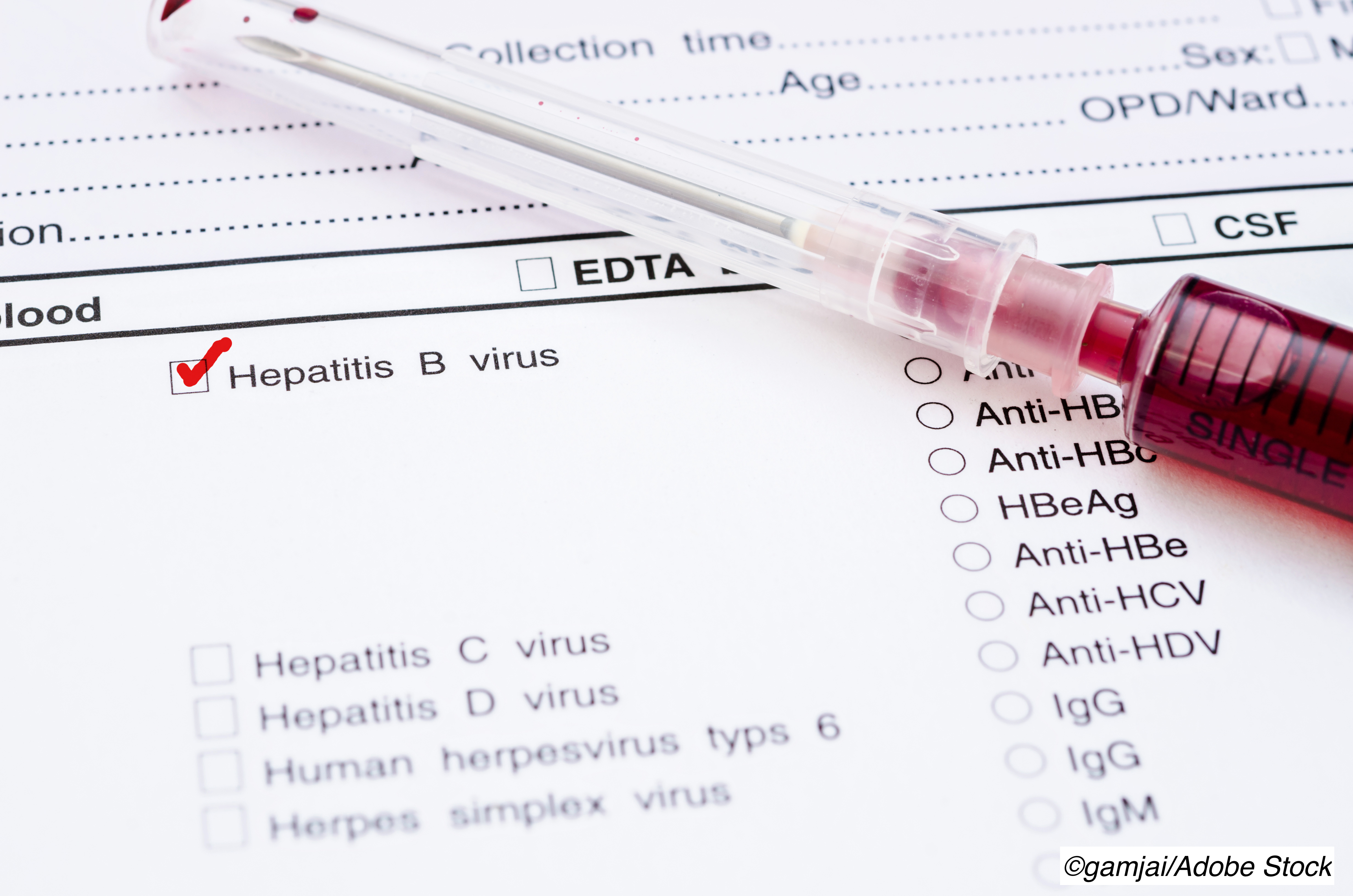 The update to a 2014 recommendation does call for HBV screening in “All asymptomatic, nonpregnant adolescents and adults at increased risk for HBV infection, including those who were vaccinated before being screened for HBV infection, stated Alex H. Krist, MD, MPH, of Virginia Commonwealth University in Richmond, and co-authors.

While the “B” grade guideline is essentially the same as the one from 6 years ago – the earlier one focused on people at high risk for HBV – the current recommendation is “strengthened by new evidence that treatment of HBV infection consistently leads to better health outcomes,” they wrote in JAMA.

However, in a JAMA Patient Page, Jill Jin, MD, MPH, of Northwestern Medicine in Chicago, explained that “Although there is currently no direct evidence that screening leads to…improved health outcomes, there is evidence that (1) screening is an accurate way to diagnose hepatitis B infection, which then leads to treatment, and (2) treatment of hepatitis B infection is effective in improving outcomes of cirrhosis, cancer, and death.”

She added that the harms of screening are small, and that treatments, such as first-line pegylated interferon alfa (PEG-IFN-a), entecavir (Barclude), and tenofovir disoproxil fumarate (TDF) “are rarely harmful.”

Jin also summarized the specific groups that should undergo screening per the task force:

In an accompanying editorial, Anna S. Lok, MD, of the University of Michigan Medical School in Ann Arbor, and Jessica P. Hwang, MD, MPH, of MD Anderson Cancer Center in Houston, said other groups need to be added to the list, including “those with chronic liver disease and those with cancer or other conditions requiring immunosuppressive therapy. HBV screening in the latter group is important to identify those might benefit from prophylactic antiviral therapy to prevent HBV reactivation, which can be fatal in some cases,” they said.

They evaluated the recommendation from a dollars-and-cents perspective because “making this a B recommendation ensures that insurance companies will continue to cover HBV screening without requiring a co-pay,” Lok and Hwang stated.

But they also noted that a risk-based HBV screening strategy could prove challenging, “because of the time needed to assess patients for numerous risk factors and the sensitive nature of behavioral risks (sexual orientation, HIV status, and illicit drug use).”

Chances are, most people will have at least one risk factor, “Thus, the time and effort to identify those at increased risk may not result in any cost savings,” as has been shown in studies out of Europe and the U.S., Lok and Hwang stated.

Still, it “may soon be time to move to universal HBV screening for the general US population,” especially given better treatment options, Lok and Hwang advised.

Krist and co-authors pointed out that an estimated 862,000 people in the U.S. are living with chronic HBV infection, according to 2011-2016 data, and that an estimated 68% of these people are not aware of their infection per federal data. They called for “Development of rapid, point-of-care HBsAg tests for use in the US to facilitate screening and linkage to care for patients at risk for loss to follow-up.”

The recommendation is based on an evidence report by Roger Chou, MD, Oregon Health & Science University in Portland, and co-authors, who concluded that “There was no direct evidence for the clinical benefits and harms of HBV screening vs no screening. Antiviral therapy for HBV infection was associated with improved intermediate outcomes and may improve clinical outcomes.”

They looked at 30 trials and 20 cohort studies, with a total of 94,168 participants, and found that none of the studies directly assessed the effects of screening for HBV infection versus no screening on clinical outcomes such as mortality, hepatocellular carcinoma, or cirrhosis.

Chou and co-authors also reported that casting a wide net for screening – such as “ever having immigrated from high-prevalence countries and demographic and behavioral risk factors” – would pinpoint nearly all HBV infection cases. On the other hand, only screening immigrants from high-prevalence countries would miss approximately two-thirds of infected persons, they stated, although that conclusion came from a single study out of Germany.

They also found that 18 trials showed that antiviral therapy, compared with placebo or no treatment, was associated with greater likelihood of achieving virologic suppression and HBeAg or HBV surface antigen loss or seroconversion. And based on a dozen trials, there weren’t a lot of differences between first-line antiviral therapies and non-preferred therapies, such as adefovir, lamivudine (Epivir and Epivir HBV), and telbivudine (Tyzeka), in terms of achieving intermediate outcomes.

Additionally, 16 trials showed that antiviral therapy may be linked with improved clinical outcomes, although Chou’s group cautioned that “the data were sparse and imprecise.”

“Research is needed to clarify effects of screening and subsequent interventions on clinical outcomes and to identify optimal screening strategies. In addition, no study meeting inclusion criteria evaluated adolescents and the trials focused on treatment of patients with immune active HBV infection, with very little data for immune tolerant phase infection,” they wrote.

Krist and co-authors cautioned that “The USPSTF found no evidence to determine optimal screening intervals.” They suggested that, for patients with negative HBsAg results who have not received the HBV vaccination, “periodic screening may be useful for those who report continued risk for acquiring HBV transmission, such as persons who continue to inject drugs and [MSM]. Clinical judgment should be used to determine screening frequency.”