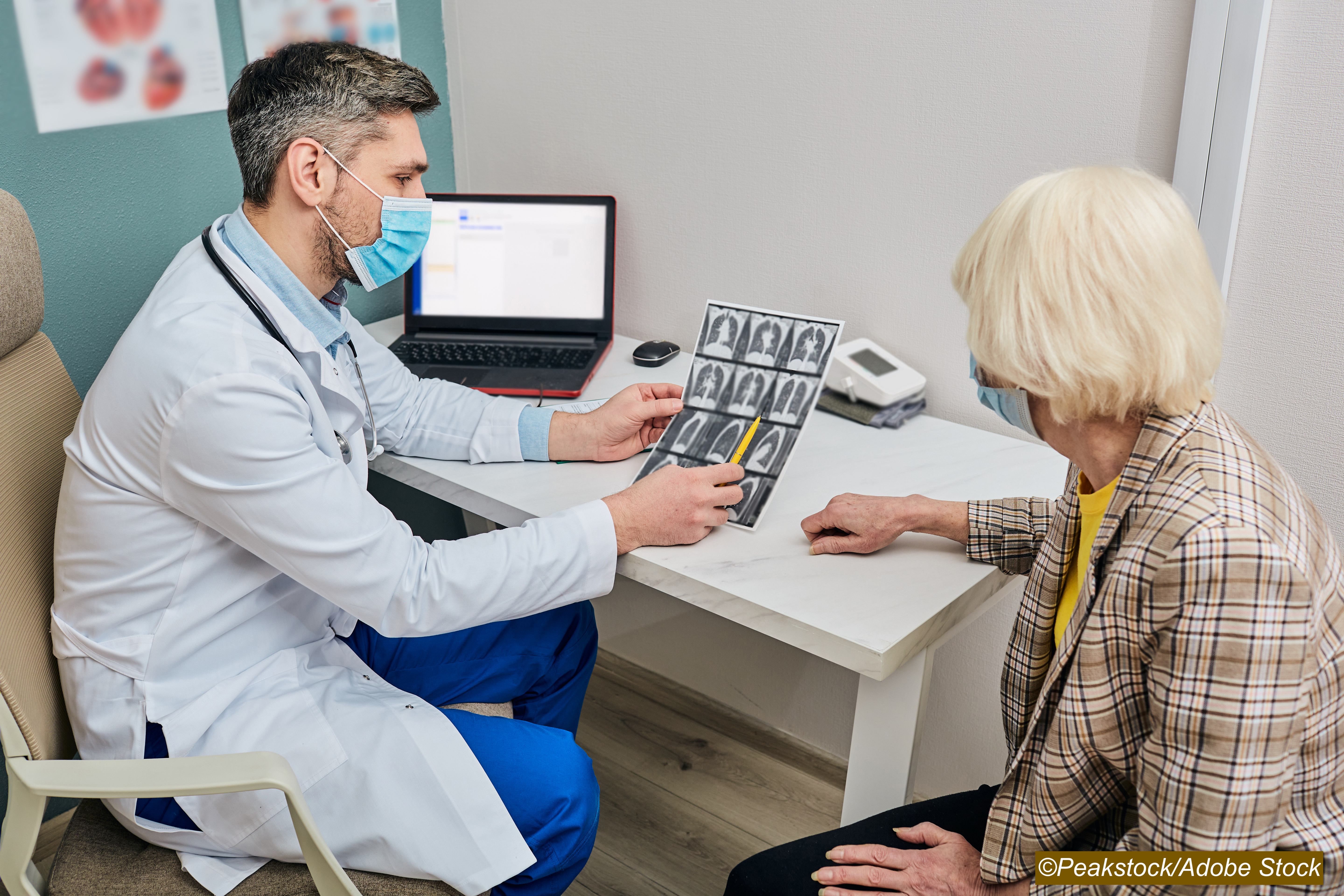 2021 recommendations up screening eligibility for women, minority groups, and those with lower socioeconomic status

The 2021 update to the U.S. Preventive Services Task Force’s (USPSTF’s) recommendations for annual lung cancer screening increased screening eligibility for women, racial and ethnic minorities, and individuals of lower socioeconomic status, suggesting that these updated recommendations will now have the potential to break down barriers to screening access for high-risk patients, researchers found.

On March 9, 2021, USPSTF’s update to its 2013 recommendations for annual lung cancer screening with low-dose computed tomography (CT) lowered the starting age for screening from 55 years to 50 years of age and cut the minimum smoking history from 30 to 20 pack-years. These changes were informed by a systematic evidence review and analyses conducted by the Cancer Intervention and Surveillance Modeling Network (CISNET) Lung Cancer Working Group, which estimated that the updated recommendations could “increase the screening-eligible population by 87% as well as the relative proportion of women by 96%, non-Hispanic Black individuals by 106%, Hispanic individuals by 112%, and Asian individuals by 61%,” Debra P. Ritzwoller, PhD, of the Institute for Health Research at Kaiser Permanente Colorado in Aurora, and colleagues explained in JAMA Network Open. “Moreover, CISNET estimated that the number of screening-detected lung cancers could increase by 21%.”

“Disparities in health care exist across the spectrum,” Ritzwoller told BreakingMED in an email correspondence. “We know more can and must be done to provide more equitable care to underserved communities and communities of color… The USPSTF updated lung cancer screening guideline was informed by both systematic reviews and complex simulation models, but no studies had looked at the population impact of these changes on community-based screening programs that serve diverse populations.”

“In addition, we compared the proportion of individuals with an incident lung cancer diagnosis under the 2013 USPSTF recommendations with the estimated number of incident cases under the 2021 USPSTF criteria,” they added.

The PROSPR Lung Consortium put together a retrospective cohort of individuals ages 35-89 years old who engaged with any of the five included health care systems—Henry Ford Health System, Detroit; Kaiser Permanente Colorado, Aurora, Colorado; Kaiser Permanente Hawaii, Oahu, Hawaii; Marshfield Clinic Health System, Marshfield, Wisconsin; and the University of Pennsylvania Health System, Philadelphia—from Jan. 1, 2010, through Sept. 30, 2019. The study authors included patients who had a complete smoking history and who were engaged with the health care system for 12 or more continuous months, while individuals who had never smoked or who had an unknown smoking history were excluded.

The primary study outcomes were differences in the proportion of the newly screening-eligible population by age, sex, race and ethnicity, Charlson Comorbidity Index, chronic obstructive pulmonary disease (COPD) diagnosis, and SES, as well as lung cancer diagnoses under the 2013 recommendations versus expected cases under the 2021 recommendations, which were assessed using χ2 tests.

Ritzwoller and colleagues found that, as of September 2019, there were 341,163 individuals ages 50-80 years who currently or previously smoked—and, of these, 34,528 had EHR data on pack-year and quit-date information and were eligible for lung cancer screening under the 2013 USPSTF recommendations.

Also under the 2021 recommendations:

The study authors noted that their findings suggest that “health care systems should plan to increase lung cancer screening capacity by about 50% to 60% to accommodate the eligible cohort of the expanded 2021 recommendations. Considerations for adding lung cancer screening capacity should include screening coordinators to provide shared decision-making and manage future screening and evaluation, access to computed tomography scans and trained radiologists, and constraints related to access to thoracic surgeons for lung cancer resection surgery. Improvements in uptake and adherence to annual screening also play a role in increasing this capacity. Screening programs will need to closely monitor capacity strain and allocate resources appropriately to meet evolving demands as the 2021 USPSTF recommendations are adopted in clinical practice.”

Also, while they acknowledged that the expanded USPSTF recommendations are an important step forward in dismantling barriers to screening for at-risk patients, they also argued that “health care systems will still need to invest substantial resources to tailor outreach strategies and reduce barriers to lung cancer screening uptake for those with lower SES and for racial and ethnic minority groups. Ultimately, the value of the expanded guidelines will be realized only if lung cancer screening rates are increased in high-risk and traditionally underserved populations, particularly among non-Hispanic Black individuals, who have some of the highest rates of lung cancer mortality in the U.S.”

In an invited commentary accompanying the study, Jiandian Song, PhD, of the College of Health Management at China Medical University in Shenyang, Liaoning, China, and H. Henry Guo, MD, PhD, of the Department of Radiology at the School of Medicine Stanford University in Palo Alto, California, applauded the analysis by Ritzwoller and colleagues, noting that the approach of using EHRs to estimate the impact of lung cancer screening eligibility “holds promise for estimating the value of the 2021 USPSTF criteria in different populations and revealing the potential of the updated guidelines to benefit underrepresented populations. The findings of this study may further support individual lung cancer screening decisions. Furthermore, estimating the consequences of using the 2021 USPSTF criteria could enable different countries and regions to develop better lung cancer screening programs.”

They added that these methods may provide guidance for designing additional large-scale screening programs in the future. “Given that lung cancer kills more than 1.7 million individuals worldwide annually, screening guidelines that improve outcomes while reducing disparities are needed to address this pressing public health issue,” they wrote.

When asked what additional hurdles must be cleared for these expanded recommendations to achieve maximum impact, Ritzwoller told BreakingMED, “Information is power. One of the largest barriers that we noted is the lack of capture of pack-years and smoking cessation date in the electronic health record (EHR) for a large proportion of current and former smokers. In order for clinicians and patients to engage in discussions regarding the importance of lung cancer screening, eligibility for screening needs to be visible in the EHR. When patients understand that they fit the recommended and expanded guidelines, they can seek screenings out more quickly.”

And, she added, limitations in health records are not the only factor keeping patients from seeking screening.

“Patient hesitation remains—some people may not want to know if they have a cancerous nodule on their lung, unfortunately,” she explained. “However, these new guidelines open an earlier door for those who fit the recommendations to get screened sooner if they so choose. I urge anyone who fits these guidelines to talk with their doctor today about getting screened.”

Beyond the lack of EHR data for pack-years and smoking cessation date for many patients, study limitations included use of the Yost index, “a well-validated, composite Census tract proxy” to determine SES instead of self-reporting to identify socioeconomic disparities associated with the 2021 USPSTF recommendations. And, the study authors noted, they did not address the potential benefits and harms of expanded lung cancer screening eligibility. “Specifically, we did not examine the potential changes per-screen rate of false-positives that were associated with the 2021 USPSTF recommendations,” they explained.

This study was supported by grant UM1CA221939 from the NCI/NIH.

Song and Guo had no relevant relationships to disclose.