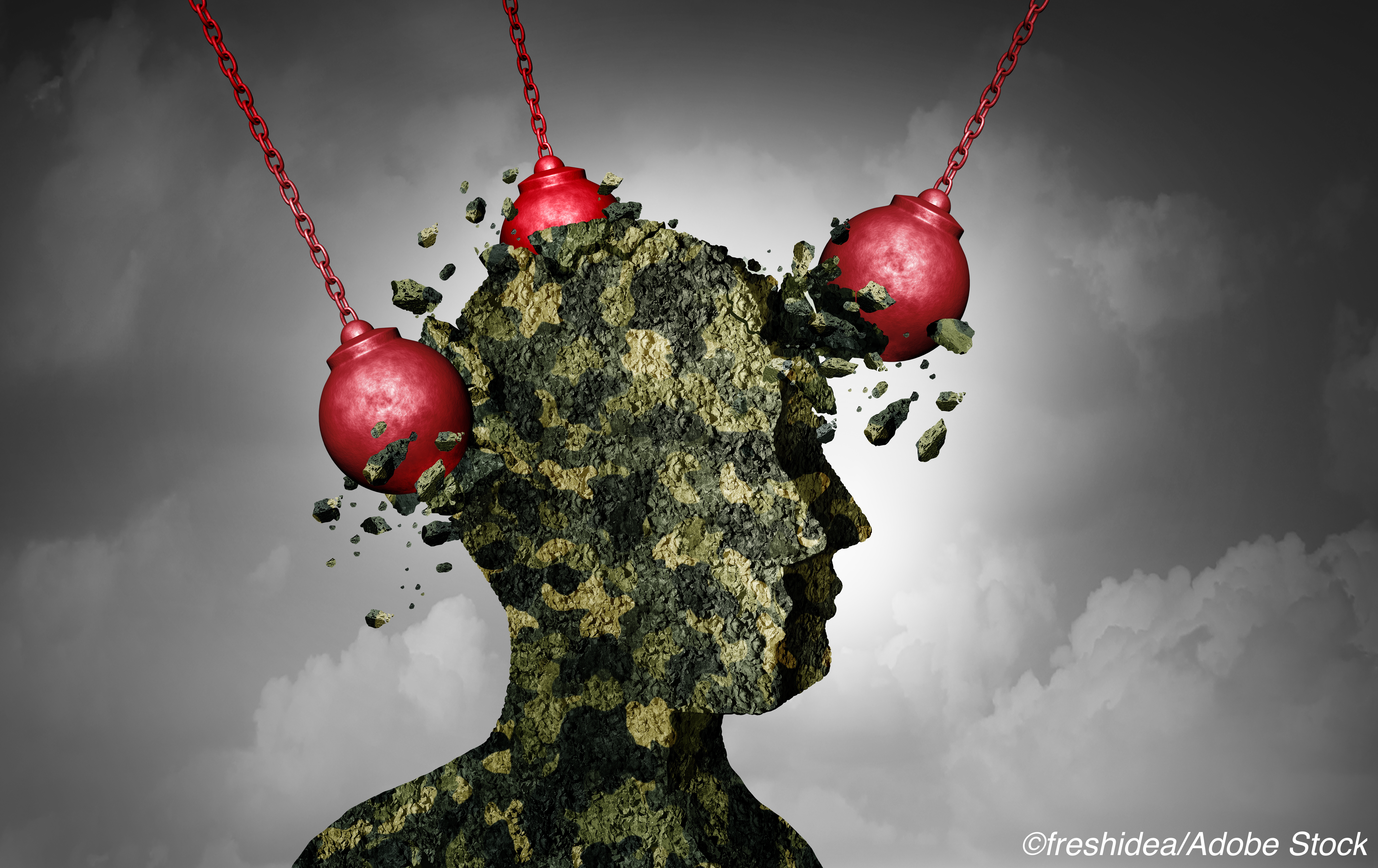 “All race groups with TBI had increased risk of dementia diagnosis, but there was an interaction effect such that white veterans were at greatest risk for dementia following TBI,” reported Erica Kornblith PhD, of the San Francisco Veterans Affairs Health Care System, and coauthors.

Adjusted hazard ratios by racial group for any dementia diagnosis for veterans with TBI, compared with veterans who did not have TBI, were:

Of individuals with TBI, white veterans had a higher risk of being diagnosed with dementia compared with Black and Hispanic veterans, with adjusted HRs of:

In an accompanying editorial, Andrea Schneider, MD, PhD, of the University of Pennsylvania in Philadelphia, and Kristen Dams-O’Connor, PhD, of the Icahn School of Medicine in New York City, wrote, “The Kornblith et al work does not endeavor to examine Alzheimer’s disease or chronic traumatic encephalopathy specifically, and findings are best compared to studies with similar endpoints (i.e., all-cause dementia).”

A 2019 VA Evidence Synthesis Program publication noted that TBI appeared to be associated with increased risk of dementia in veterans and called for direct comparison of dementia rates in veteran versus non-veterans and further study of the association and mechanisms.

To assess the differences in TBI-associated dementia diagnosis by sex and race, the authors identified VHA patients 55 or older who had been diagnosed with TBI between Oct. 2001 and Sept. 2015, excluding those with prevalent dementia during a 2-year baseline period prior to the date of TBI diagnosis. Veterans with prion disease or alcohol- or drug-induced dementia were also excluded.

The researchers compared this group with a random 2% sample of veterans seen by the VHA during that time, excluding individuals with prevalent dementia 2 years prior to selection.

Analysis by race showed that in each group — white, Black, and Hispanic — veterans with TBI were more likely to have low income.

“There are under-recognized and often unmeasured implicit social biases that exist in medicine with regard to race and sex that influence diagnosis and treatment decisions,” the editorialists pointed out.

“Though the observed differences remained after adjusting for a number of healthcare interactions, other unmeasured factors relating to implicit bias, stigma, barriers to care, and social determinants of health may differ by race and sex in their influence on the likelihood of having a dementia diagnosis entered into the medical record,” they added.

“The potential factors driving these racial differences in risk are perhaps just as intriguing as this novel report of the differences themselves,” they noted. These findings “should stimulate further investigation into the associations of TBI across the severity spectrum with specific neurodegenerative diseases in diverse veteran and civilian samples,” they added.

Limitations of the study include the lack of detailed information about TBI severity and mechanism. Both dementia and TBI diagnoses were recorded within the VHA system and do not necessarily include diagnoses from civilian providers or undiagnosed TBI.

Veterans who seek care in the VHA system also may differ from those who receive care in civilian healthcare settings. In addition, Asian veterans were not included in the analysis due to low sample size.

Kornblith reported no disclosures relevant to the manuscript.