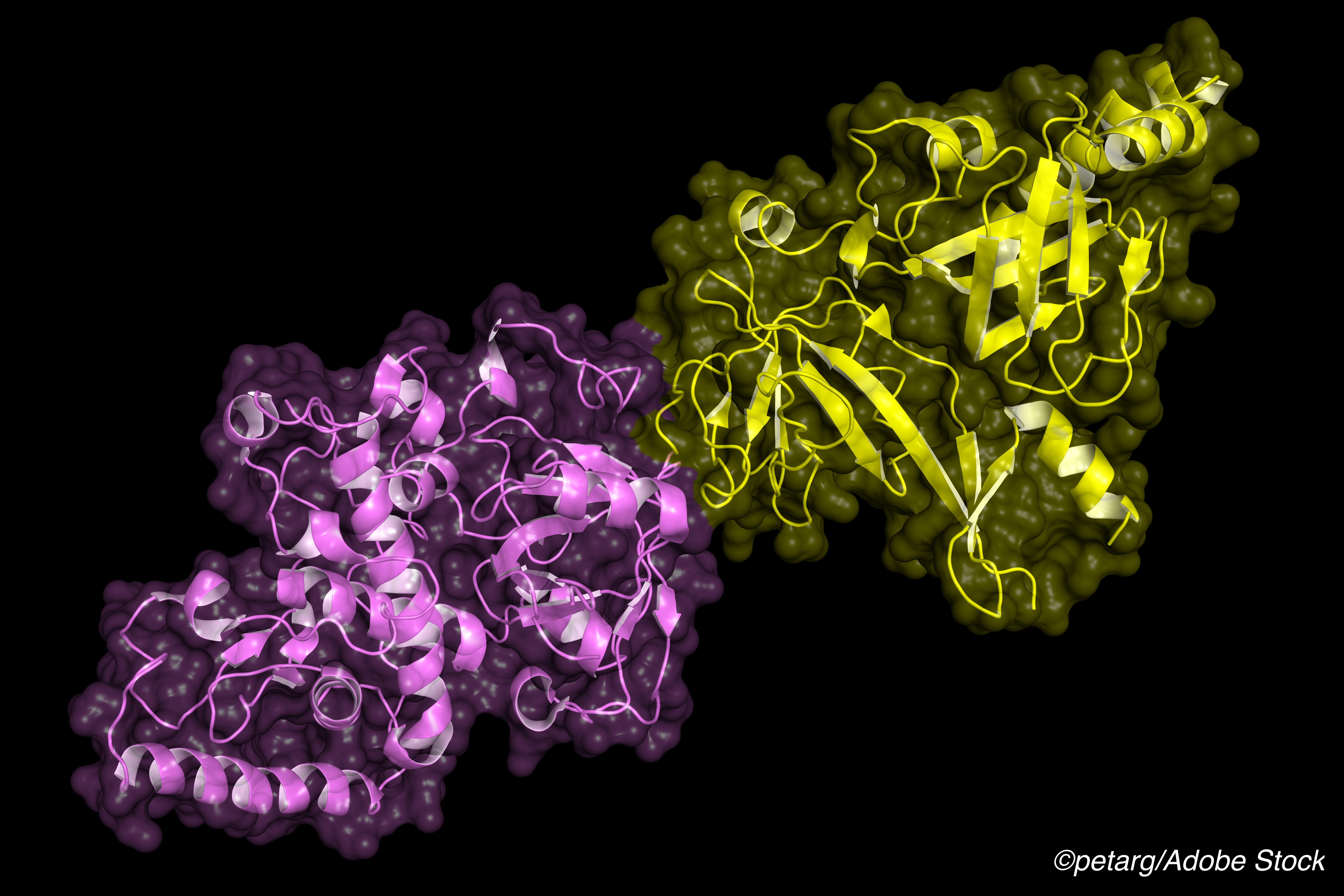 The combination of the poly (ADP-ribose) polymerase (PARP) inhibitor, veliparib, plus a highly active, platinum-based doublet with veliparib being continued as monotherapy on discontinuation of the doublet, led to a significant and durable improvement in progression-free survival (PFS) in patients with germline BRCA mutation-associated advanced breast cancer, the phase III, BROCADE3 randomized trial has shown.

More patients in the PARP inhibitor arm were also alive and free of disease progression at 2 and 3 years post-randomization and veliparib added little to the overall toxicity of the regimen when used in conjunction with the carboplatin/paclitaxel doublet.

“The BROCADE3 study contributes greatly to our knowledge of optimal treatment for germline BRCA1 and BRCA2 mutation-associated advanced breast cancer,” Melinda Telli, MD, Stanford University School of Medicine in Stanford, California, wrote in her editorial accompanying the study. “The results of this trial force us to consider whether a strategy of platinum-based induction combination chemotherapy followed by PARP inhibitor maintenance, as is standardly used in ovarian cancer, might ultimately lead to superior outcomes for this group of patients,” she added.

“Patients had received up to two previous lines of cytotoxic chemotherapy for metastatic breast cancer and up to one previous line of platinum therapy without progression within 12 months of completing treatment,” Diéras and colleagues noted.

Those randomized to the veliparib arm received 120 mg, twice a day on days -2 to 5, plus carboplatin administered at an area under the curve (AUC) of 6 mg/mL per minute, given intravenously (IV), on day 1, plus weekly paclitaxel at a dose of 80 mg/m2 also given IV, on days 1, 8 and 15 of each 21-day cycle until disease progression or unacceptable toxicity. “Patients discontinuing both carboplatin and paclitaxel for reasons other than disease progression received continuous single-agent veliparib or placebo at 300 mg twice daily; increasing to 400 mg twice daily if tolerated,” the investigators added.

Patients randomized to placebo could crossover to receive veliparib monotherapy upon disease progression and some 44% of control patients did receive open-label veliparib as first subsequent therapy, the researchers pointed out.

Rates of study-drug related serious adverse events (AEs) were low in both arms, occurring in 12% of the PARP inhibitor group and 4% in the chemotherapy alone group. The most common grade 3 or worse AEs were neutropenia which occurred in equal numbers in both groups at approximately 80% and anemia at approximately 40% in both groups again. Rates of thrombocytopenia were higher in the veliparib arm at 40% compared to 28% the carboplatin/paclitaxel arm.

“[T]he addition of veliparib to carboplatin and paclitaxel was well tolerated, with toxicity (adverse events unrelated to disease progression) leading to discontinuation in fewer than 10% of patients, Diéras and colleagues noted. “[And t]hese results are noteworthy given the high activity of the carboplatin and paclitaxel control group, in which median progression-free survival was longer than 1 year,” they added.

Commenting further on the study’s findings, Telli observed that the study design is distinct from previous studies evaluating other PARP inhibitors including olaparib and talazoparib, as BROCADE3 was designed to evaluate PARP inhibition in combination with the highly active, carboplatin/paclitaxel doublet.

Interestingly, veliparib is less potent than olaparib or talazoparib but it lacks PARP-trapping characteristics, which makes it easier to combine with chemotherapy. PARP trapping has been shown to be associated with myelosuppression.

“[O]ne can question the clinical relevance of a 1.9-month difference in median progression-free survival,” Telli observed. However, the difference in median PFS rates in the 2 treatment arms are distinct from those seen in the PARP inhibitor monotherapy studies in that the PFS curves separate late, she pointed out.

“[These] data certainly challenge the existing dogma of sequential single-agent therapy in this genetically distinct group of patients with advanced breast cancer,” Telli wrote. “The results of BROCADE3 represent an important step forward in this field and provide a strong rationale for future comparative studies of this approach versus PARP inhibitor monotherapy.”

Olaparib and talazoparib were both approved by regulatory agencies for the treatment of metastatic breast cancer associated with a germline BRCA1 or BRCA2 mutations based on phase III trial data in which investigators compared PARP inhibitor monotherapy with non-DNA-damaging chemotherapy of the investigators choice in both the OlympiAD and the EMBRACA studies.

The study was funded by Abbvie.

Pembrolizumab for NSCLC and Brain Metastases

Apoptosis-related gene expression can predict the response of ovarian cancer cell lines to treatment with recombinant human TRAIL alone or combined with cisplatin.