Vitamin D Supplementation No Benefit to Kids with Asthma 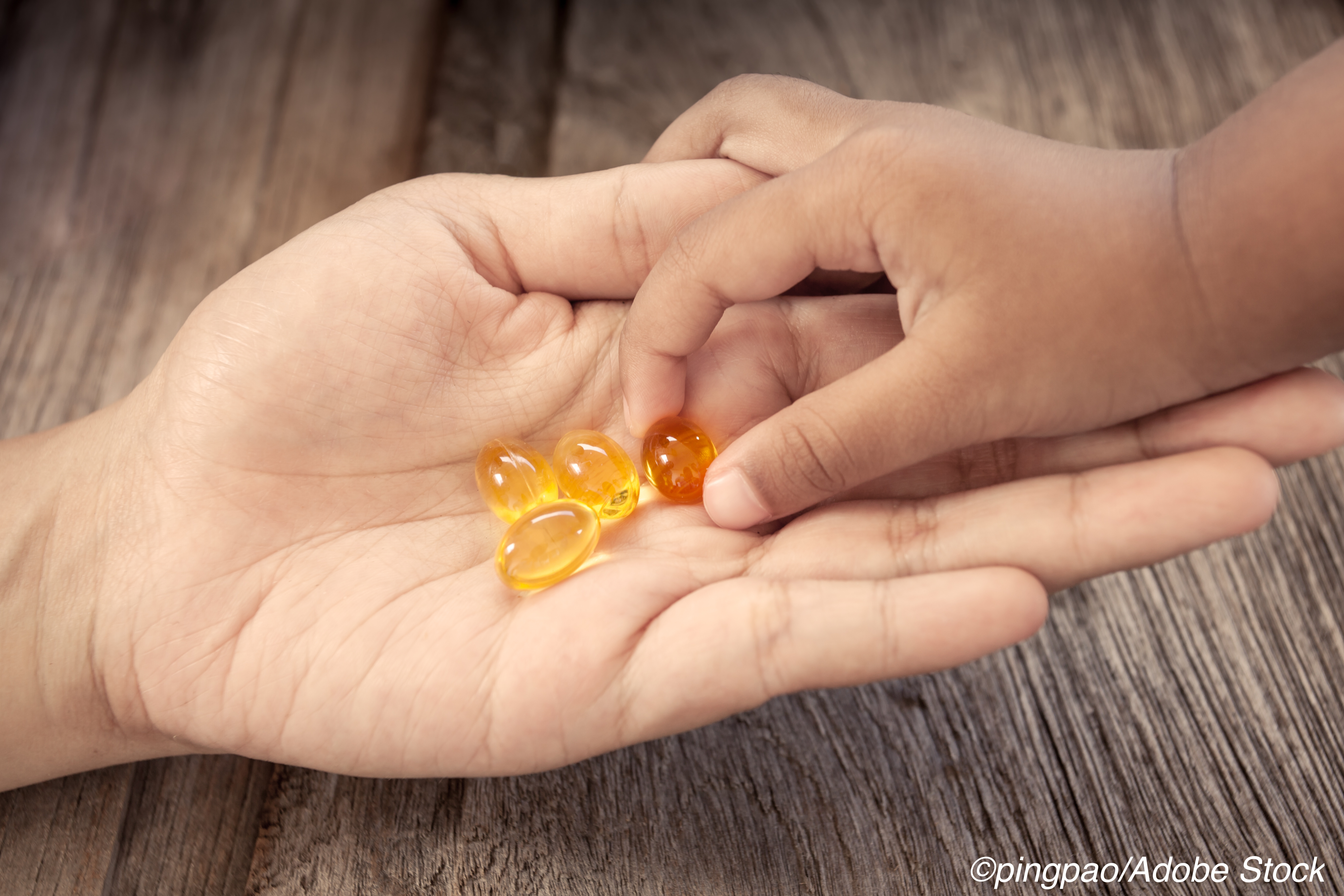 Vitamin D3 supplementation, even in kids with low vitamin D, does not reduce time to severe asthma exacerbations, according to a study that tested combining the vitamin with low-dose inhaled corticosteroids.

“Moreover, vitamin D3 supplementation had no significant beneficial effects on any of the trial’s secondary end points, including time to a viral-induced severe asthma exacerbation, the proportion of participants whose inhaled corticosteroid dose was reduced, or the mean or cumulative inhaled corticosteroid dose during the trial,” Erick Forno, MD, MPH, Division of Pulmonary Medicine, Department of Pediatrics, University of Pittsburgh Medical Center Children’s Hospital of Pittsburgh, University of Pittsburgh, and colleagues wrote in JAMA. “At an observed event rate of approximately 38% in the control group, such effect maps to an HR of about 1.93, which is not included in the 95% CI of the estimate for the primary outcome.”

The results of this randomized, double-blind, placebo-controlled trial were disappointing given that previous observational studies had shown promise for vitamin D supplementation in children with low levels; however, it does underscore the results of two other randomized trials. The VDAART (Vitamin D Antenatal Asthma Reduction Trial) and the COPSAC 2010 (Copenhagen Prospective Studies on Asthma in Childhood 2010 Cohort) trials also found that vitamin D3 did not benefit children if given during pregnancy and up to age 6, “strongly suggesting that there is no role for such supplementation in the primary prevention of asthma” Forno and colleagues wrote.

The study authors pointed out that childhood asthma represents a huge healthcare burden in the U.S., impacting some 5.5. million kids as of 2018. “In 2018, asthma exacerbations led to more than 546,000 emergency department visits and 80,000 hospitalizations,” they wrote.

The goal for the study was to recruit 400 participants from 7 U.S. centers beginning February 2016, but the study was terminated early in March 2019 “due to futility” because the efficacy of vitamin D3 supplementation was not evident “based on the protocol threshold of less than 30% conditional power to detect the prespecified effect (a 16% reduction in severe exacerbations).” Participants were followed until September 2019.

The mean age of the participants was just under 10 years, their mean asthma control test (ACT) or childhood asthma control test (C-ACT) scores were 21.7, and they had a median of one asthma exacerbation in the year before the study. Most of the participants were boys. Age, race/ethnicity, smoke exposure, enrollment season, BMI, and FEV1/FVC were similar in both groups.

“The mean (SD) baseline serum vitamin D level was 22.5 (4.6) ng/mL in the vitamin D3 group and 22.8(4.6) ng/mL in the placebo group,” the study authors wrote. Time to severe asthma was the primary outcome, along with time to viral-induced severe exacerbation for participants whose inhaled corticosteroid was reduced. Cumulative corticosteroid doses during the trial was also assessed as a secondary outcome.

Serious adverse events were similar in both groups.

Even though those in the vitamin D3 group achieved optimal vitamin D levels, the supplement failed to show benefit, and the study authors noted that the trial results cannot be blamed on failure to achieve vitamin D3 sufficiency.

Nonetheless, the study authors pointed out several limitations of their study, including that the rate of severe exacerbations in both groups were lower than expected, and the study was not powered to assess if there was a significant difference between the two groups. Moreover, the study was not powered to determine if vitamin D3 might be beneficial for children with levels lower than 20ng/mL because few of the participants had levels that low. The study results cannot be extrapolated to other age groups, the authors added.

The study was fund by a grant from the NIH. GlaxoSmithKline provided the Flovent used by study participants.