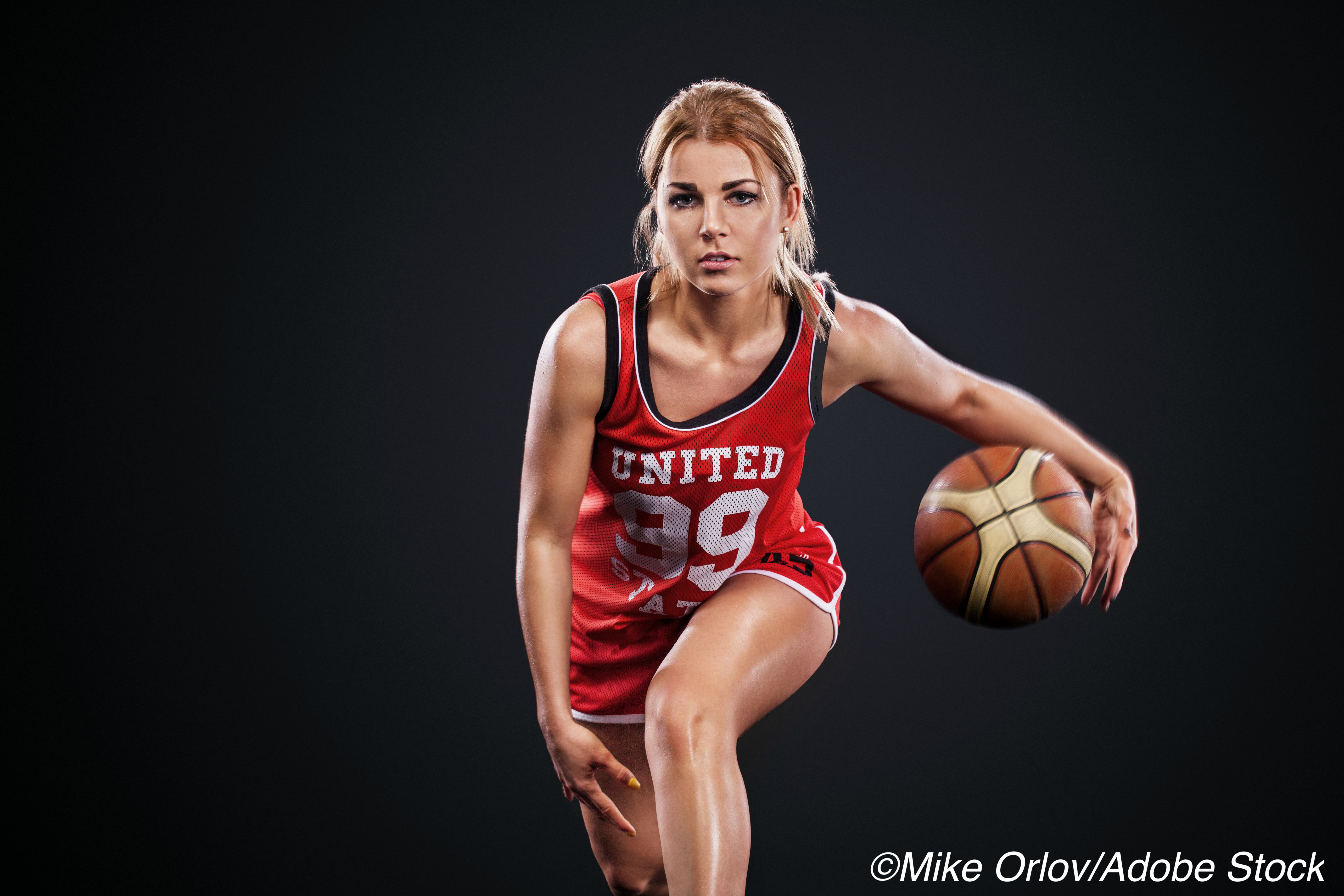 Women who play professional basketball have big hearts — bigger than same-age women who are not elite athletes — but it remains unknown if that “size” is merely exercise-induced remodeling or if it is signals pathology that could increase their risk of sudden cardiac death.

Men who play professional basketball are known to have a higher risk of sudden cardiac death, and an echocardiographic study of African-American National Basketball Association players found they had increased LV wall thickness and LV mass compared to white players. Moreover, the “maximal aortic root diameter in the cohort was 42 mm,” the study authors wrote. “Aortic root diameters reached a plateau at the uppermost biometric variables. Five athletes (1.0%) had an LV ejection fraction of less than 50%.”

The Women’s National Basketball Association (WNBA) requires every player to undergo annual preseason echocardiograms, which are done by faculty at Columbia University.

Sofia Shames, MD, of Columbia University Irving Medical Center, Presbyterian Hospital in New York, and colleagues reviewed the results of those exams and report the results of their analysis in JAMA Cardiology.

In an editorial, Aaron L. Barrish, MD, of the cardiovascular performance program at Massachusetts General Hospital, Boston, noted that the challenge facing cardiologists is “to differentiate the cardiomyopathic diseases that confer risk during exercise from exercise-induced cardiac remodeling,” and applying what is known about male hearts to the hearts of women requires “great caution.”

Comparing the data from this study of WNBA players to the findings from the NBA study “confirm that female athletes appear to develop less LV hypertrophy and may be more prone to concentric rather than eccentric geometry. Causal explanations for this phenomenon and to what degree this observation is tied to clinical outcomes among male and female athletes remain speculative. However, it is both intriguing and biologically plausible that sex specific differences in hormonal profiles are an important mediator of exercise-induced cardiac remodeling and parallel clinical outcomes. Reasons why female athletes are less susceptible to incident atrial fibrillation and sudden cardiac death during exercise remain elusive and represent important areas of future work,” Barrish wrote.

Shames et al noted a limitation to their study, noting that “demonstration of the associations between cardiac structure and geometry as well as aortic dimensions with body size in this female athlete group leads to the question of how to determine the relative contributions of physical training and body size to cardiac remodeling. We were not able to compare our findings with a group of sedentary controls of similar height and BSA as the athletes in our study.”

However, they added that their study “suggests that although athlete size may be a significant determinant of LV size and mass, athletic training represents an additional factor for which the association will vary depending on the type of training and physiologic demands required in the sport… We observed that in this elite female athlete population, all the cardiac chamber measurements had the strongest correlation with BSA, supporting the ASE recommendation of adjusting to BSA as an index of size in lean individuals.”

Finally, Barrish pointed out that “data from the current study represent an important addition to the literature. We now have data derived from a female source population that substantiate a fundamental principle of sports cardiology: LV and RV chamber dimensions hold little value, while LV wall thickness and aortic dimensions are highly useful for differentiating health from disease. In addition, normative data pertaining to LV ejection fraction represent a critical and timely data point in the immediate wake of the coronavirus disease2019 crisis. Return-to-sports protocols designed to screen for potential cardiovascular sequelae of coronavirus disease 2019, specifically latent myocarditis, are currently being created. The finding that 15% of female professional basketball players in good health demonstrated an ejection fraction less than 52%, the conventional lower limit of the normal range, provides a compelling reminder of the limited utility of this metric among trained athletes.”

The study was funded by the WNBA as part of a medical services agreement between the WNBA and Columbia University Medical Center.

Shames had no disclosures.

Baggish has received funding from the National Institute of Health/National Heart, Lung, and Blood Institute, the National Football Players Association, and the American Heart Association for study of cardiovascular adaptation to exercise. He receives compensation for his role as team cardiologist from the US Olympic Committee/US Olympic Training Centers, US Soccer, US Rowing, the New England Patriots, the Boston Bruins, the New England Revolution, and Harvard University.

Evaluation of mexiletine effect on conduction delay and bradyarrhythmic complications in patients with myotonic dystrophy type 1 over long-term follow-up. CDC: Cases of Vaping-Linked Lung Illness Rise to 530 Across 38 States