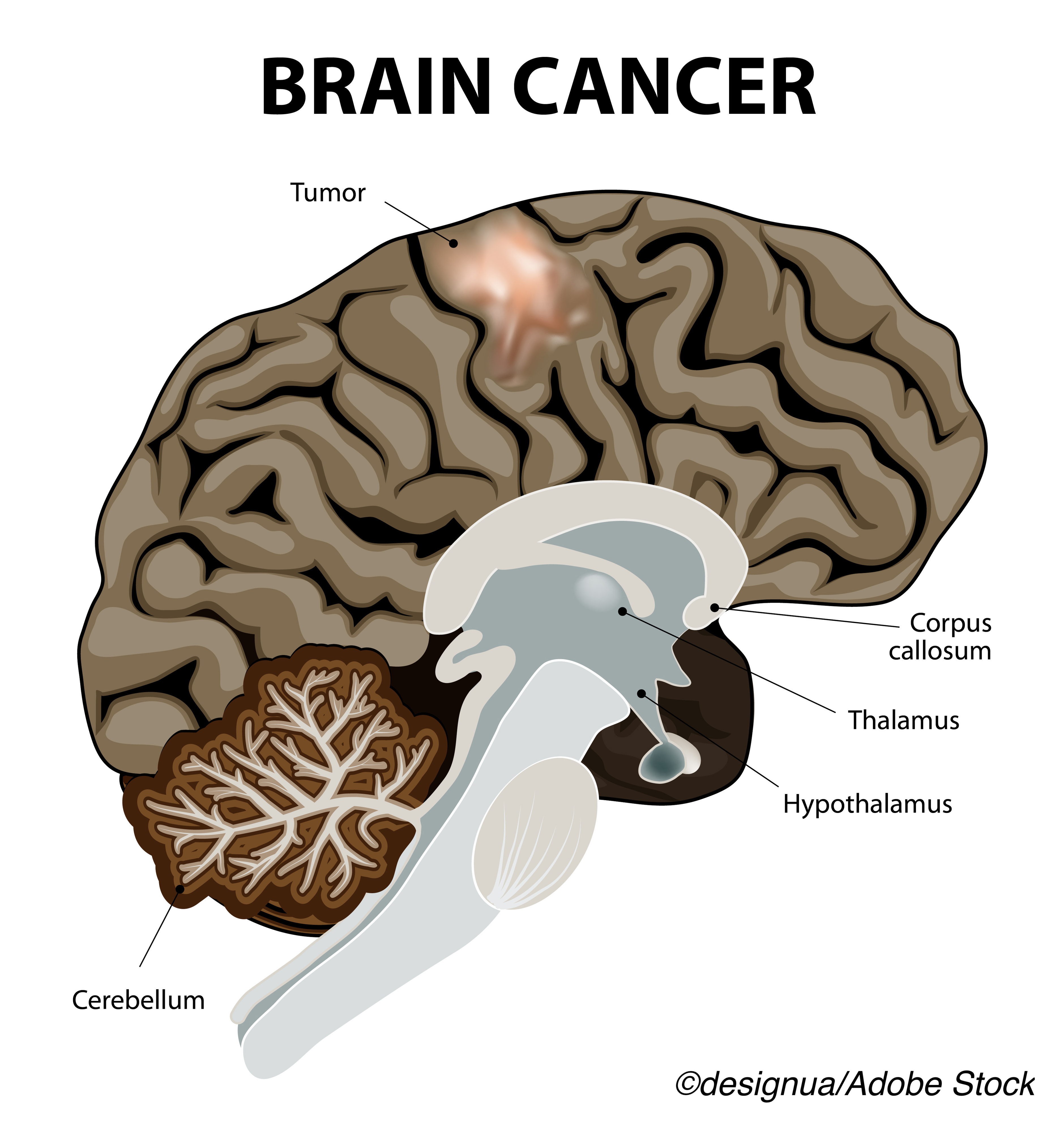 An observational cohort study from France observed a strong, dose-dependent association between long-term cyproterone acetate use and the risk of meningioma in girls and women — and that risk dropped considerably once treatment was discontinued, researchers found.

Among 253,777 girls and women from 7-70 years of age who started taking cyproterone acetate — a synthetic progesterone with potent antiandrogen activity — between 2007 and 2014, high doses of the hormone were associated with a 7-fold incased risk of meningioma compared with relatively unexposed controls, Alain Weill, PhD, French National Health Insurance, Paris, and multi-center investigators reported in the BMJ.

Moreover, the higher the cumulative dose and the longer the hormone use, the greater the risk of meningioma, investigators added.

The researchers pulled data from the French administrative health care database, SNDS, to compare the incidence of treated meningioma in patients who had used high dose cyproterone acetate to that in girls and women who were only very slightly exposed to the same hormone.

“The main study included a cohort of women who started high dose cyproterone acetate between 2007 and 2014, with follow-up to the end of 2015,” investigators explained. The mean age of study participants was 29.4 years, but over 40% of the cohort were under the age of 25.

“Age at the start of treatment was strongly associated with risk of meningioma,” Weill and colleagues noted. Compared with a reference group of females between 25-34 years of age, the HR for melanoma was only 0.2 (95% CI, 0.0-1.2) for females under the age of 25 years, but that risk steadily increased with age as follows:

However, following discontinuation of treatment for one year, the risk of meningioma was associated with a smaller, 1.8-fold increased risk (95% CI, 1.0-3.2) compared to controls, although when the cumulative dose of cyproterone acetate was 12 grams or higher prior to discontinuation, that risk was 4.2-fold higher (95% CI, 2.2-8.0) for hormone users versus non-users.

Investigators also analyzed a cohort of girls and women who were already using cyproterone acetate in 2006 and who were followed through to the end of 2015. The mean age of this particular cohort was slightly older at 32.1 years.

Here, the incidence of meningioma in the exposed population was 20.7 per 100,000 person years — actually affecting only three individuals — versus zero in the control group (P=0.08).

As the authors noted, the three participants who developed meningioma in the exposed group had been taking very high doses of cyproterone acetate — between 100 to 150 mg a day — for a relatively short interval of 3-4.5 years.

“The two most common anatomical locations of meningioma among cyproterone acetate users were anterior skull base… and middle skull base,” Weill and colleagues explained.

Where the meningiomas developed appeared to be important, as both the absolute and the relative risk of participants developing meningioma varied considerably depending on its anatomical location. For example, meningiomas of the anterior skull base were associated with a 47-fold increased risk (95% CI, 14.9-149.1) among participants who had been exposed to cyproterone acetate for a long period of time.

Most of the participants who developed a meningioma over the study interval were taking the hormone for off label indications, the study authors found.

Approximately 30% of participants continued with hormonal treatment or resumed treatment after having their meningioma resected or radiated, even though continued hormone treatment has been contraindicated since 2011.

A number of case series evaluating the association between cyproterone acetate and meningioma risk have shown that meningiomas can either stabilize or regress following discontinuation of treatment—suggesting that surgery might be avoided in at least some patients. Thus, “[d]iscontinuation of cyproterone acetate in the presence of meningioma should be considered a valid treatment option before surgery, provided close clinical and magnetic response imaging surveillance is ensured,” the authors suggested.

One of the limitations of the study was the fact that indications for high-dose cyproterone acetate were poorly defined and as such undermine any ability to determine a risk-benefit analysis, especially in light of the high off label use of the hormone in France.

“[T]his study probably underestimates the overall incidence of intracranial meningiomas [as well,] because most of these tumors, small or asymptomatic tumors, are simply followed by magnetic resonance imaging,” the authors added.

In early 2020, a safety committee of the European Medicines Agency issued a statement warning that products containing cyproterone acetate at doses of 10 mg a day or more should only be used when other medications have not worked for the treatment of androgen-dependent conditions such as hirsutism, acne, and seborrhea.

Weill and colleagues had no relationships to disclose.