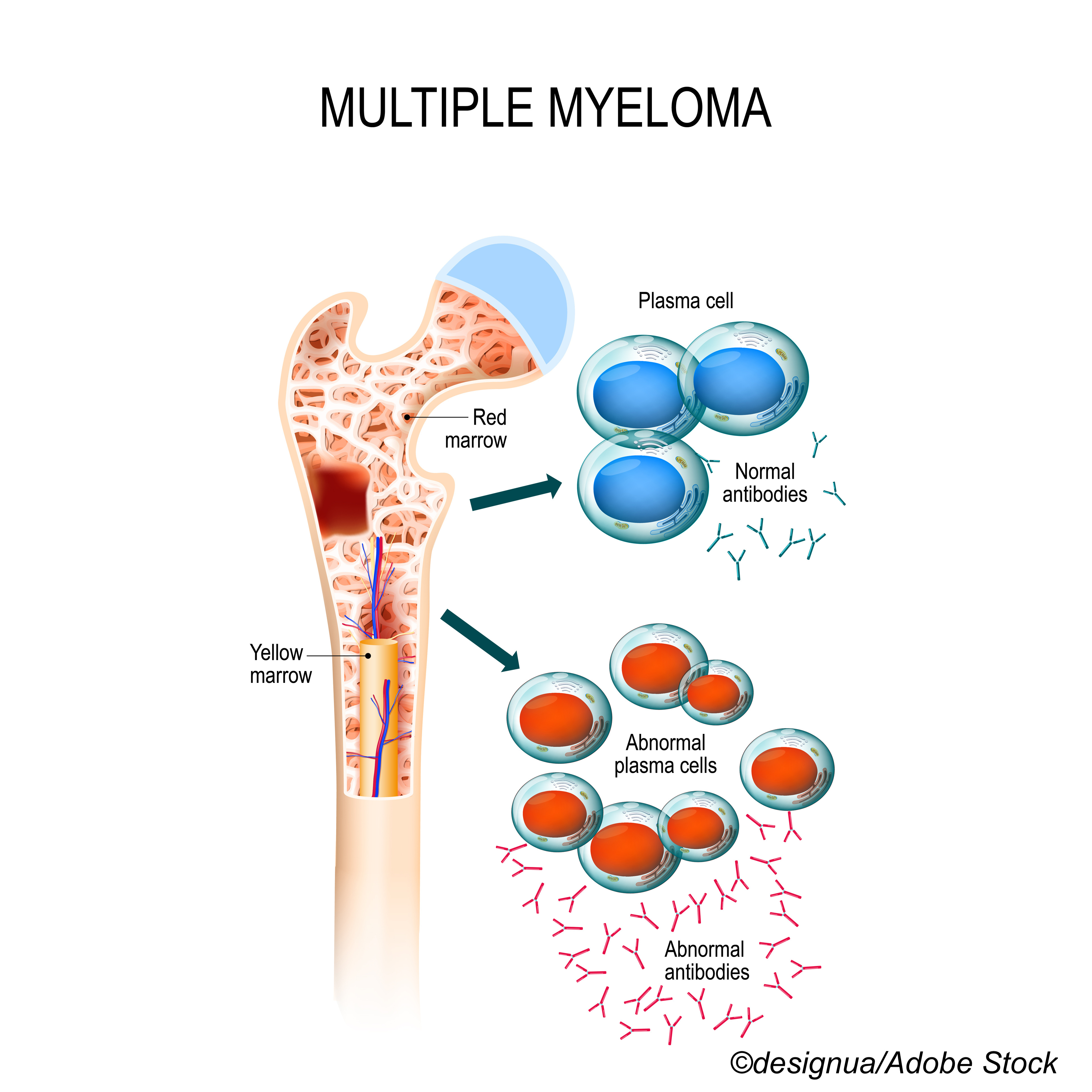 The addition of isatuximab (Isa), an anti-CD38 monoclonal antibody, to carfilzomib and dexamethasone (Kd) improved progression-free survival (PFS) and depth of response in patients with relapsed multiple myeloma (MM) and renal impairment (RI), an interim analysis of the phase III IKEMA study found.

The same triplet increased the proportion of patients who achieved both a complete renal response (52% versus 30.8% for those treated with the doublet) as well as a durable renal response lasting 60 days or longer (32% versus 7.7%, respectively).

“In MM patients, RI is considered a poor prognostic factor, being associated with earlier mortality and worse OS [overall survival]. As such, there is a critical need for anti-MM therapies that also improve renal function,” Capra and colleagues observed. Renal impairment affects up to 50% of patients with MM.

“Based on [our] findings, Isa-Kd represents a valuable addition to the therapies used to treat patients with MM-related renal dysfunction,” the authors concluded.

IKEMA was a prospective, multinational, randomized, open-label study carried out at 69 study centers in 16 countries. Patients with relapsed MM who had received one to three prior lines of therapy were eligible for study enrolment, including patients with a baseline eGFR as low as 15 mL/min/1.73 m2.

“At a median overall follow-up of 20.7 months, the PFS benefit of Isa-Kd versus Kd in patients with and without RI… was consistent with that seen for the overall IKEMA study population,” the authors reported.

“Consistent treatment effect was also observed in patients with the most severe RI at baseline,” Capra and colleagues pointed out.

Among those with a baseline eGFR <45 mL/min/1.73 m2, median PFS was again not reached for those treated with additional Isa compared with a median of 11.1 months for Kd patients.

In addition, complete responses (CRs) were achieved in almost twice as many RI patients treated with Isa-Kd at 41.9% compared with 22.2% for Kd alone patients.

Urgent therapy is required to achieve reversal of severe RI, the authors noted, since renal failure that lasts longer than 2 weeks can substantially compromise the possibility of recovery.

The most common TEAEs were diarrhea, upper respiratory tract infection, hypertension, and fatigue, rates of which were all higher in the Isa-Kd arm than in the Kd arm.

The most common hematologic toxicities in RI patients were anemia, which occurred in all patients in both arms, and thrombocytopenia, rates of which were similarly high at 93% and 83.3% for Isa-Kd and Kd, respectively.

Despite high rates of TEAEs, the authors deemed the safety profile of the triplet “manageable.”

As they also pointed out, carfilzomib has been associated with cardiac complications, and cardiac toxicity was observed in this interim analysis of patients with RI, although rates of grade 3 and higher cardiac failure were low in both treatment arms.

“More patients treated with Isa-Kd showed reversal of RI and durable renal responses compared with those treated with Kd,” Capra and colleagues concluded.

The IKEMA study was funded by Sanofi.