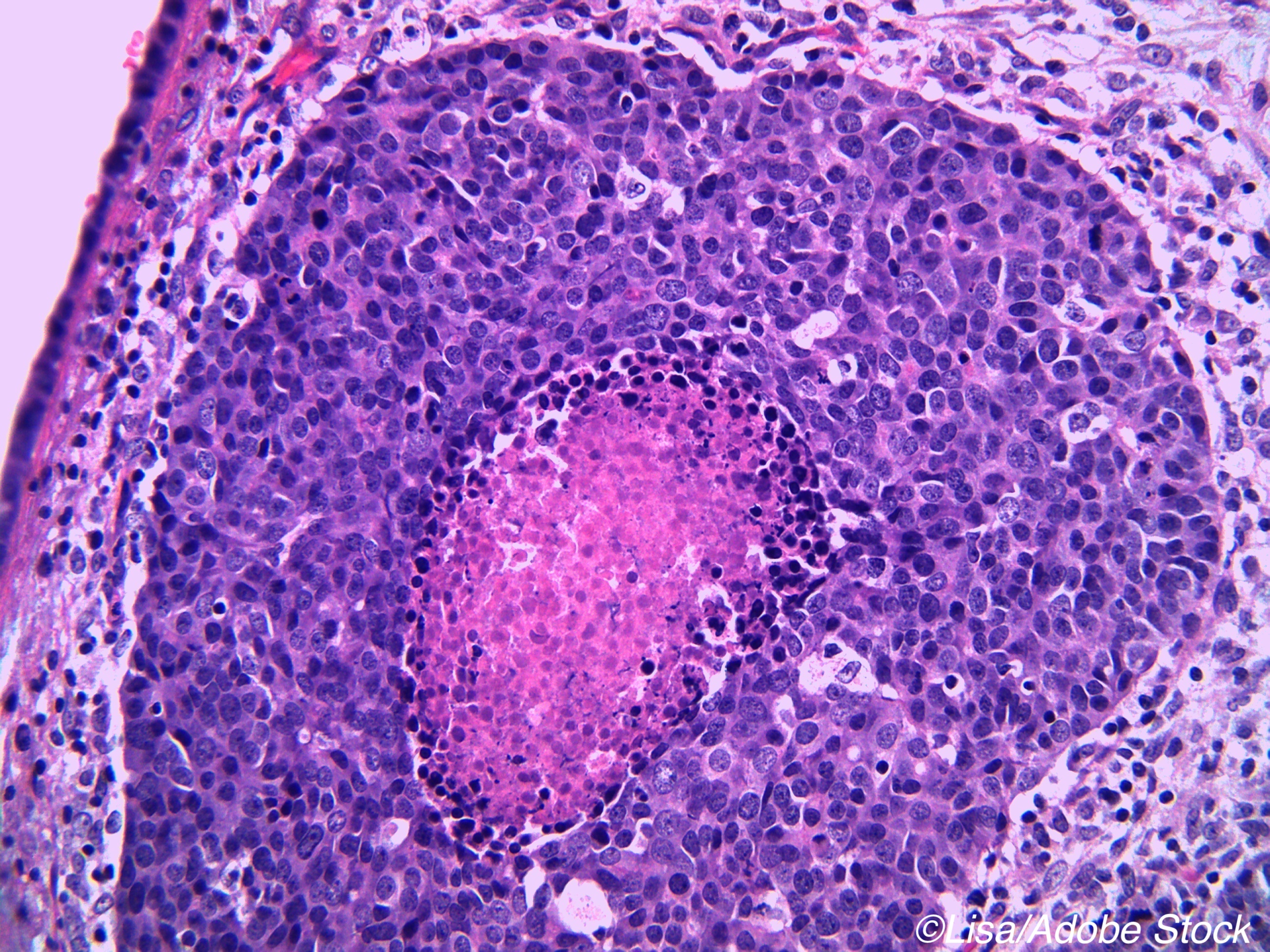 Thomas Powles, M, of Barts Cancer Institute, Queen Mary University of London, and his co-investigators also published their findings in The New England Journal of Medicine .

Urothelial carcinoma does, however, have a number of features or characteristics that are known to increase response to immune checkpoint inhibitors.

“Avelumab is an anti–PD-L1 antibody that has been approved in several countries for the treatment of locally advanced or metastatic urothelial carcinoma after disease progression during or after platinum-containing chemotherapy, on the basis of results from a large, phase 1b cohort (involving 242 patients) in which an objective response was observed in 16.5% of the patients and the overall survival at 2 years was 20.1%,” Powles and colleagues wrote. “We hypothesized that avelumab maintenance therapy would improve outcomes in patients who had received first-line platinum-based chemotherapy for advanced urothelial carcinoma.”

They enrolled 700 patients at 197 sites in 29 countries, randomly assigning them to avelumab (n=350) on top of best supportive care or best supportive care without avelumab (n=350). A little more than half of the patients (358) had PD-L1-positive tumors: 189 of then were in the avelumab group and 169 in the control group. The primary efficacy endpoint was overall survival and the secondary endpoint were progression-free survival.

“Death was attributed by the investigator to the toxicity of trial treatment in two patients (0.6%) in the avelumab group. One patient had sepsis after a urinary tract infection and possible central venous catheter infection after receiving 11 infusions of avelumab. The other patient had an ischemic stroke 100 days after receiving a single dose of avelumab and after disease progression and adverse events of limb venous thrombosis, pulmonary embolism, and acute myocardial infarction,” they wrote.

The authors noted that the overall survival benefit was longer with avelumab “despite the more frequent use of subsequent treatment in the control group (in 61.7% of patients), including immune checkpoint inhibitors (in 43.7%), a finding that highlights the benefit of starting avelumab immediately after first-line chemotherapy instead of waiting for disease progression. Furthermore, separation of the overall survival curves and the progression-free survival curves in favor of avelumab occurred early in the course of treatment and was maintained, which suggests that so-called hyperprogression (a potential and unexpected deleterious effect of treatment with a checkpoint inhibitor in which tumors would paradoxically progress faster than if they were untreated) did not occur with avelumab maintenance therapy in patients with advanced urothelial cancer.”

The findings, the authors concluded, support first-line maintenance with avelumab, rather than waiting for disease progression.