Research has shown that atrial fibrillation (AFib) is one of the most common sustained heart rhythm abnormalities, affecting an estimated 2.3 million Americans, but other investigations suggest that the condition may affect millions more. “Atrial fibrillation is a potentially serious condition,” says Nassir F. Marrouche, MD. “The irregular heartbeat associated with AFib can cause blood to pool in the atria, which can result in the formation of clots. These blood clots can travel from the heart to the brain, where they can lead to stroke.”

According to current estimates, AFib increases the risk of stroke nearly five-fold. About 15% of all strokes in the United States are associated with AFib. Strokes that are associated with AFib are about twice as likely to be fatal or severely disabling as non–AFib-related strokes. In the United States, studies have predicted that as many as 5.6 million American adults will have AFib by 2050. One of the largest demographics to be affected by AFib includes elderly individuals. It has been estimated that 3% to 5% of elderly Americans have AFib, but that number may be larger because symptoms often go unrecognized by patients and physicians alike.

One of the aspects of AFib that makes it difficult to manage is that the condition is not always accompanied with symptoms. Published studies have shown that several symptoms may be attributable to AFib, including racing or irregular heartbeat, fluttering in the chest, heart palpitations, and shortness of breath. Other symptoms of AFib include chest pain, fatigue when exercising, sweating, and weakness, dizziness, or faintness. “It’s challenging for physicians to identify AFib because the symptom checklist is often lumped into the diagnosis of other cardiac issues, such as heart disease, hypertension, ischemia, or heart failure,” explains Dr. Marrouche. “Age has become a more prominent risk factor in recent years based on scientific data, but there are still many unknowns about the causes and manifestations of AFib.”

Boehringer Ingelheim Pharmaceuticals, Inc., the National Stroke Association, and StopAfib.org recently collaborated to launch a new national education program to improve awareness of AFib and its increased risk of stroke. The program, “Facing AFib™,” is a multi-year initiative designed to educate Americans about AFib and encourage those with it to take steps to help reduce their stroke risk. The program also aims to improve the communication between patients and physicians in an effort to address gaps that were identified through AFib STROKE (Atrial Fibrillation Survey To Reveal Opinions, Knowledge and Education gaps). This survey was conducted in the United States among 507 patients and 517 healthcare providers, including 150 cardiologists, 150 primary care physicians, and 217 nurse practitioners.

“Efforts are needed to empower patients with AFib to be proactive in their efforts to reduce their stroke risk.”

“A key finding from AFib STROKE was that 40% of patients with AFib do not feel that they’re at personal risk for stroke,” says Dr. Marrouche (Table 1). “This is a poor reflection on patient education efforts because physicians aren’t driving home the message that AFib is a serious condition with potentially lethal consequences. Many patients are leaving their hospitals or doctor’s offices believing that they aren’t at any real risk for stroke despite evidence to the contrary. For clinicians, this should be a call to action to arm patients and caregivers with important information about AFib and stroke. Efforts are needed to empower patients with AFib to be proactive in their efforts to reduce their stroke risk.”

Results on general awareness and attitudes from AFib STROKE have also been released. The survey, which was led by a steering committee of five medical thought leaders and advocates dedicated to improving education in the AFib community, revealed several alarming findings (Table 2). For example, only 45% of patients with AFib recalled discussing their personal AFib-related stroke risk with their healthcare provider when they were first diagnosed. Less than 35% of patients took the initiative to ask their providers about their personal stroke risk, and about two-thirds of patients (67%) reported that they would like more information about AFib.

“These survey findings demonstrate that there’s a crucial need for more education and tools that will help patients and their healthcare providers more effectively communicate about AFib-related stroke risk,” Dr. Marrouche says. “The Facing AFib initiative can serve as an important aid for patients because it provides the valuable information they want and the resources they need to help them translate knowledge into action.” Physicians and other healthcare providers can guide their patients to the program website,www.FacingAFib.com. It offers valuable resources, including an interactive risk assessment tool and a personalized doctor discussion guide. The website also provides access to a free book with information on AFib and the opportunity to register for program updates.

For information about the AFib STROKE program, go tohttp://afibstrokesurvey.com/afib-stroke-survey-fact-sheet/.

Nassir F. Marrouche, MD, has indicated to Physician’s Weekly that he has received grants for clinical research from Siemens and SurgiVision. He has served as an advisor or consultant for sanofi-aventis and Boehringer-Ingelheim, and has served as a speaker or member of a speaker’s bureau for Biosense Webster, Inc.

The associations between neutrophil-to-lymphocyte ratio and the Chinese Visceral Adiposity Index, and carotid atherosclerosis and atherosclerotic cardiovascular disease risk. 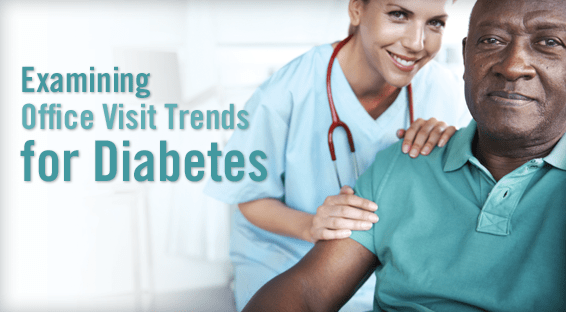 Patient Continuity of Care Questionnaire in a cardiac sample: A Confirmatory Factor Analysis.